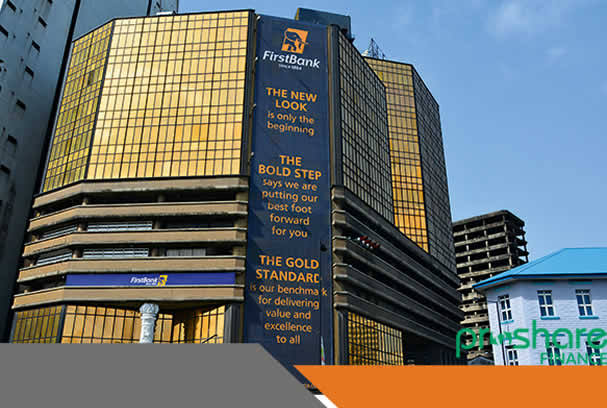 Recent development at the nation’s premier commercial bank was both shocking and unexpected. Mind boggling though, but it has happened before. Boardroom rascality, a reminiscence of Intercontinental and Oceanic banks saga, where powerful management and shareholders leverage their vantage position to perpetrate financial boardroom recklessness.

Hidden facts, wrapped in the last five years; hoping the breaches discovered when a targeted examination on the bank was conducted found the bank to be non-compliant with insider abuse, restructuring loan terms, as well as refusing to divest from all non-financial entities, among other infractions, will be normalized in the bank, without hurting the financial system in the country was forced to be made public on Thursday, 29th April, 2021, by the inaction of the FBN former board, sacking its managing director without approval of the CBN, but not without casualty.

Revelation, and action taken by the Management of the Central Bank of Nigeria was indeed timely. The boardroom squabbles and power play that saw Adedutan sent into early retirement and reinstated as the managing director of the bank 24 hours after he was sacked, if not for the intervention of the CBN, would not only have rocked the financial space, and obliterated the gains made in the banking sector, but would have cast doubt on the regulatory and supervisory responsibility of the regulator in such a systemically important bank believed to be conservative and a respected safe haven for depositors.

What played out, if one is to go by the account given by the CBN Governor, Mr. Godwin Emefiele, was not only messy but arrogance displayed by some entrenched powerful shareholders, who see themselves too powerful and untouchable, using depositors fund to fester their business and economic interest, but unbridled in their impunity believing they are above regulatory check and authority.

Going by the account of the CBN Governor that culminated in the sacking of the entire boards of FBN Nigeria Ltd and FBN Holdings Plc, the regulator only came short of being accused of laxity in its responsibility, but with benefit of hindsight, and facts presented, its decision and action is fair, and commendable, rescuing such a vital pillar in Nigeria’s banking industry from crisis.

The named shareholder, an industrial gladiator, had strode the corridors of power from one administration to another, powerful and connected. He felt the CBN Governor, Godwin Emefiele, is a small fry to question his infractions and ‘manipulated’ dismissal of Sola Adedutan, whom the Governor pleaded with to ‘step down his decision’, obviously to save the premier bank from crisis that has the potential of rocking the Nigeria banking system.

However, he slipped in his arrogant gaily strides, resulting in a fall he is yet to recover from. His offence, like those before him that suffered same fate; the Festus Akingbola and Cecilia Ibru; was their infamous abuse of position and privileges, using their position to perpetrate insider abuse, taking loans without adherence to rules.

Despite CBN’s continuous check and admonition, urging the bank’s management to regularize and straighten their books, the admonition fell on deaf ears of the powerful board member. To further brazenly abuse his position, he sacked the managing director, Adedutan, who the CBN acknowledged to have been working with it for the past five years to rescue the bank from its crisis.

Though, the banking public celebrated his sack thinking it was in toe of good corporate governance in FBN, hidden from the public in the last 5 years were untoward infractions in the bank, perpetrated by his board members, which the CBN granted governance forbearance that had been yielding results. Adedutan was appointed the managing director in 2016, same year, the healthy operations of the bank were halted.

The CBN on hearing the news of the appointment of a new helmsman, issued the board a query which obviously was damning and deflated the board’s ego and exposed the precariousness of the bank. CBN’s reaction to the termination was quite reasonable. It (CBN) expected that Adedutan would have been allowed to serve out his term which ends in December 31, 2021, and proper engagement be made to appoint a successor. Rather than engaging the CBN or get the Bank’s approval on their decision, they violated the laid down regulations.

Emefiele’s expressed anger on the attitude of Oba Otudeko, culminating in the earthquake-like termination of the boards, is better understood given “the life support in regulatory forbearance and other sorts of financial and regulatory support since 2016”, thus, it was morally wrong of the board having enjoyed this privilege to attempt to change(d) the management without carrying the CBN along or secure its approval.

Emefiele riled, “the CBN would not fold its arms and allow things to spiral out of control, given that FBN is one of the systemically important banks whose action could rock the boat and destabilize the country’s financial landscape”, thus “following further review of the situation, and in order to preserve stability of the bank, and to protect minority shareholders and depositors, the Management of the CBN in line with extant powers under BOFIA 2020 has approved, and hereby directs immediate removal of all directors of FBN Ltd and FBN Holdings Plc …”.

Ordinarily, the board is vested with the powers to make changes in its management, however such action must be approved by the CBN. But because of the under the table dealings by these powerful persons, they felt they do not need such approval.

The CBN action was not punitive as being peddled by those who may have benefitted from the rotten administration of the sacked board, but should be seen in the general public’s interest, and the robustness of the Nigeria’s financial community.

To allow a system failure or collapse in the banking industry at this critical time of barely exiting a second economic recession in three years, coupled with the devastating consequences of COVID-19 on not only Nigeria’s economy, but the entire globe, will amount to insensitivity, and incompetence by the regulatory authority.

Would the CBN, despite granting FBN governance forbearance since 2016 when it stopped performing, not be accused of laxity, incompetence, or connivance in its supervisory responsibility if it had not made its discovery public, or wielded the big hammer? And, if eventually, the bank runs into unmanageable crisis what would be the grave consequence(s) on such an important bank, the banking community, and the economy striving to recover? The fatality of CBN failure to act when it ought to on the economy at large?

The CBN used, and was using extant powers available to it constitutionally, to keep the bank afloat, until the former board’s ill-advised action which eventually unearthed the rots, insider abuses and violation of corporate governance regulations, and CBN needed to authoritatively stamp its authority to rein in future abuses by those saddled with the responsibility of protecting depositors hard earned funds kept in their custody.

Though, opinions may vary on the action of the CBN, however critical stakeholders have applauded its timely intervention, commending it for living up to its responsibility and restoring the confidence of the banking public.

But, if the CBN is alive to its responsibilities, what about other regulatory agencies like Securities and Exchange Commission (SEC), the Nigeria Exchange Regulatory Limited (NGX REGCO) whose responsibilities are to also strengthen their disclosure requirements for quoted companies? This is imperative as FBN Nig Ltd, a subsidiary of FBN Holdings Plc that had been enjoying CBN’s forbearance for the past 5 years ought to have disclosed the problem in its bank’s audited financial statement. This was not, neither was it detected by SEC and NGX RECO.

This serves as a warning or signal to those who are in similar problem as FBN to retrace their steps, and play to the rules, else the next hammer is waiting to fall on any errant shareholder/board member.

OPINION: Economic Challenge A Huge Burden For CBN To Bear

FG Collaborates With Hungarian Firm To Produce Airplanes In Nigeria