As part of efforts to upgrade the human capacity development of its workforce, and to ensure timely and seamless processes and procedures, the Nigerian Immigration Service, NIS, has unveiled its Code of Conduct and Ethics, and an electronic data management system, EDMS.

Launching the two initiatives yesterday, 10 August, at the Technology Building of the NIS, the Minister of Interior, Ogbeni Rauf Aregbsola, who said both were complimentary, noted that the presentation of the Code Of Conduct and Ethics was not only timely, but quite necessary, in view of the Service’s mandate which demands that its officers and men regularly display the highest levels of discipline, diligence, promptness, vigilance and transparency in operations and activities.

TheFact Nigeria gathers that prior to the launching of the document, though there was in existence some data to explain roles and responsibilities of members of the workforce, there was no concise and handy document of code of conduct and ethics for the Service.

The Interior Minister, whose speech at the event was titled ‘Ethical Revolution Of Nigerian Immigration Service In An Electronic Age’, noted that, ‘as gatekeepers of the nation, the NIS cannot but regularly showcase the cherished virtues of integrity, courtesy, sound morality and uncommon transparency in thier official conduct’.

‘The mirror of the largest black nation of the world, which the Nigerian Immigration Service represents, must not only be crystal clear at all times, but must be attactive, courteous, engaging and demanding’, he said.

This, Aregbsola emphasised, will demand that all the officers and men acquaint themselves with their expected roles and responsibilities, and be guided by the principles and standards of behaviours in the discharge of their duties.

The Minister also highlighted two areas of ethical challenges that impinge on the image of the Service: Passport allocation, and border management. With regards to the latter, he said there was no denying the fact that Nigerians have continued to express thier dissatisfaction with obtaining and renewing the Nigerian passport. The racketeering, overcharging and subversion of the laid down rules and regulations continue to plague the passport allocation process, ‘and only very few people believe that we can ever get it right’.

Concerning border management, Aregbsola exposed the allegations that NIS officials still make improper solicitations at border posts in ways that compromise thier integrity, adding that these two ethical challenges are a test of the agency’s integrity. He however gave assurances of the determination of the federal government, the Ministry of Interior, as well as the leadership of of the Service, to adequately address and solve them.

With regards to the EDMS, Aregbesola said there was no longer a hiding place for officers and men of the NIS who engage in shady businesses, stressing that all their activities are now on line and could easily be adjudged.

The Minister thanked President Muhammadu Buhari for his unquantifiable assistance and support to the leadership of the Service as well as for the progress made since the inception of his administration. 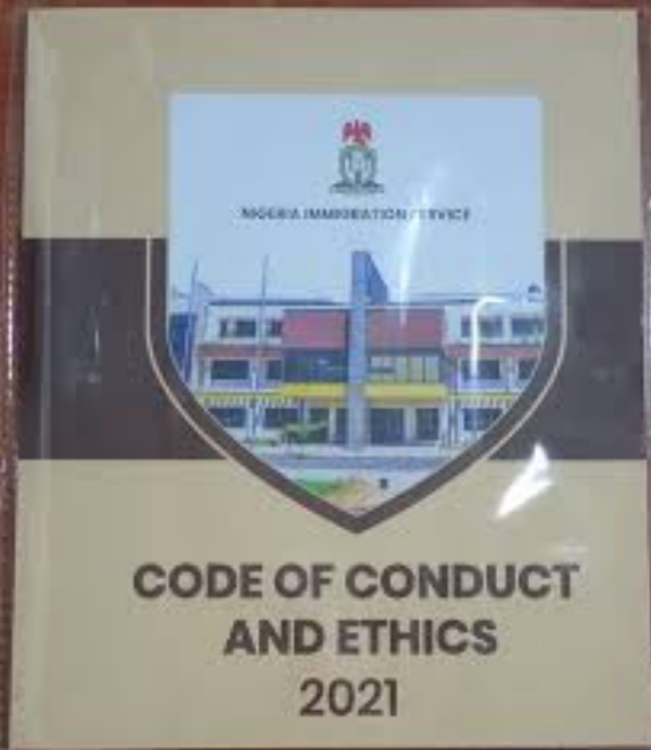 Earlier in his remarks, the Comptroller General of the Nigerian Immigration Service, CGI, Mr. Mohammed Babandede, noted that the Service, having both local and international impact, cannot stand aloof in the face of new ideas, practices processes and innovations that are daily hitting the landscape constantly and consistently. Rather, the Service must embark on deliberate human capacity upgrade to produce a more efficient and effective workforce.

‘The vital lessons from unfolding global realities is the realization that the erstwhile cherished practices, standards and processes of yesteryears are becoming grossly inadequate by the second.

‘As an agency that has both local and international appeals, we have come to realize that except we deliberately rejig our processes, practices and indeed procedures, we shall not be able to contend with the unfolding realities realities and challenges of modern migration and border security’.

Chairman of the Independent Corrupt Practices and Other Related Offences Commission, ICPC, Prof. Bolaji Owasanoye, who spoke at the occasion, affirmed that the code of conduct and ethics was ‘no doubt an instrument of instilling the culture of transparency, prudence, integrity and accountability through value reorientation which, if properly enforced, would make the workings of the NIS a lot easier, and by extension, promote the fight against corruption”.

While congratulating the the NIS and commending the foresight of the management under the watch of the current CGI on the successful launch of the code of conduct and ethics, ICPC Chief expressed confidence that the Code would not only promote professionalism, but will strengthen the tenets of transparency, integrity and accountability with the system.

He said the Bureau looked forward to getting a copy of the NIS Code Of Conduct And Ethics, studying it, monitoring the level of compliance, and reporting to the appropriate authorities.