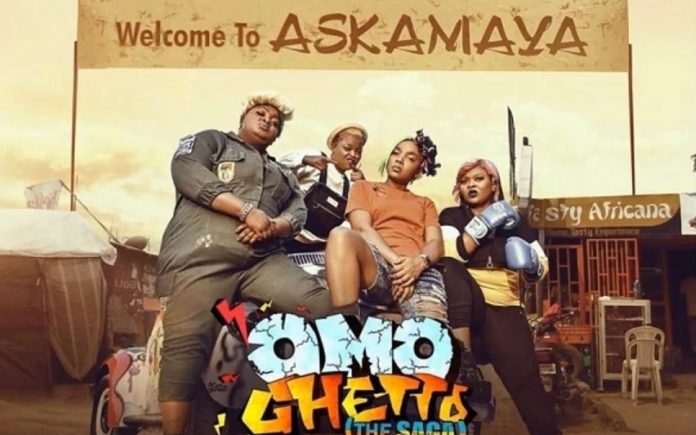 ‘Omo Ghetto: The Saga’ is the second film in the ‘Omo Ghetto’ franchise, sequel to the 2010 trilogy ‘Omo Ghetto’.

The film entertainment company that co-produced the gangster comedy, FilmOne, made this announcement on its Instagram page.

The company wrote: “We are super excited about the latest accolade won by Omo Ghetto: The Saga, as Africa’s highest-grossing film of 2020/21, at the just concluded META Cinema Conference, in Dubai, UAE,” it wrote in a statement.

“The award is sponsored by COMSCORE, an international box office data collation company, and official data partners of the Cinema Exhibitors Association of Nigeria (CEAN).

“In acceptance, we appreciate this award and applaud our client – Scene One Production, headed by the trailblazing duo @funkejenifaakindele & @jjcskillz for making exceptional content.

“Congratulations again to Omo Ghetto the first Nigerian movie to achieve this feat.”

The film was released in theaters on December 25, 2020, and received positive reviews from critics.

It became a box office success, surpassing ‘Fate of Alakada’ as the highest-grossing Nigerian film for the year 2020.

As of January 2021, when the film grossed ₦468 million at the box office, it surpassed the record of the 2016 film ‘The Wedding Party’ to become the highest ever grossing film in the Nigerian film industry.