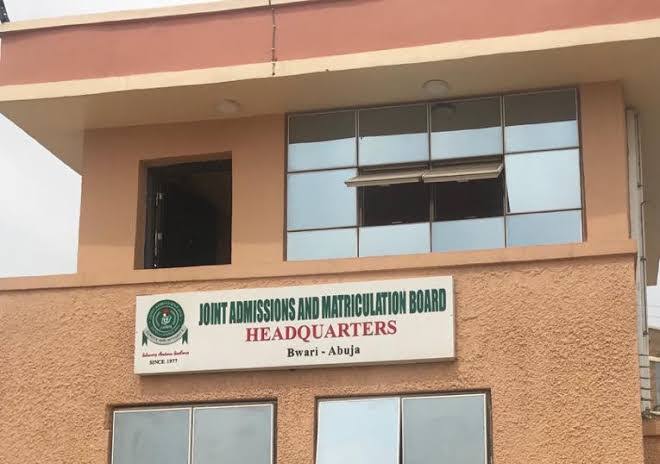 The Joint Administration and Matriculation Board (JAMB) has defended itself before critics who questioned it’s remittances of surplus funds to the national treasury.

This was disclosed in a statement signed by the Board’s Head of Public Affairs, Dr. Fabian Benjamin on Monday, November 8, 2021.

TheFact Nigeria recalled that JAMB remitted 3.51 billion naira to the national treasury last week as 2021 operating surplus, a practice it has maintained for 6years.

Dr. Fabian said the Board and public-spirited Nigerians were shocked as to reasons why there were various campaigns of calumny being mounted by some individuals who felt that those remittances should not be made.

He added that the Board’s action was in line with extant government’s directive which was reiterated recently by the Director of Budget Office, therefore, JAMB would continue its practice of remitting the constitutionally-mandated proportion of its operational surpluses.

The Head, Public Affairs of JAMB continued in defense of the Board, he said:

“It is a known fact that all unutilised funds by Ministries, Departments and Agencies, MDAs, should be returned to the public treasury.

“The Board reiterates that it is not within the powers of MDAs to determine the uses for which the remitted funds are put to.

“Theirs is to comply with extant directive while those given the mandate to manage the national treasury have the responsibility of appropriating and channeling such remittances, in the overall interest of the public, to identified areas of need or rather whichever area of the national economy that they perceive to be in most need of resources.

“Perhaps, it is the novelty of such remittances that is jolting the Board’s critics from their complacency. It would be recalled that the humongous remittances are the first in the history of the four-decade-old agency”, he explained.

Dr. Fabian further disclosed that the first landmark remittance was made in 2017 and the feat was repeated in subsequent years in line with JAMB’s belief that rules were made to be obeyed and that the Board did not believe it should hold onto money that does not belong to it.

He explained that the decision of the Federal Government to reduce the cost of purchase of the e-pin from N5000 to N3500, was one of the benefits of the board’s annual remittances.

The Head, Public Affairs of JAMB noted that tertiary institutions were also among benefactors of the annual remittances by the Board, he said:

“It is a truism in policy making that, certain trends should be observed over a period of time before policy pronouncements are made. Hence, the decision to reduce the price of application documents was contingent upon the observation that even if the price were to be slashed, the Board would be able to conduct its examination unhindered.

Dr. Fabian hinted that the innovative measures which have led to the surpluses were institutionalised, adding, that the Board would further look at how to enhance the registration process to benefit the candidates and the general public.

He concluded with an advice to Nigerians to be mindful of lightweights parading as educational experts who are hell-bent on propagating falsehood to further their miscellaneous ends.

FG, UNICEF, Others Move To Eliminate Gender Disparity In Education