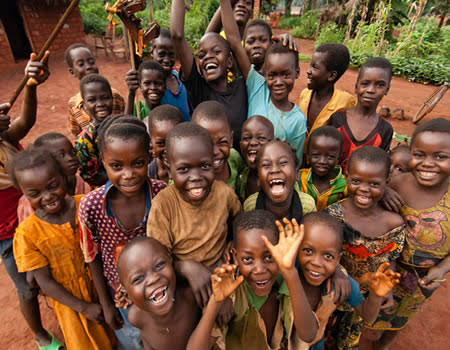 The United Nations Children’s Fund (UNICEF) has disclosed that it has been given a European Union (EU) grant to assist 41,389 vulnerable children resident in West Africa.

A statement issued by UNICEF on Thursday, February 24, 2022 said the children to benefit are street children and those wrongly treated in the judicial system.

TheFact Nigeria gathered that child abuse cases are often swept under the carpet to prevent stigmatisation.

Speaking on the plight of children caught in the justice system, UNICEF Representative in Nigeria, Peter Hawkins said:

“Vulnerable children rarely have access to child-friendly justice and are often subject to pre-trial detention, in contravention of child rights standards. In many cases, they are incarcerated with adults and therefore exposed to a high risk of violence and abuse, including psychological or sexual abuse” he noted.

In the event of this, the EU and UNICEF have joined efforts to improve child access to justice and support the provision of child protection services for 41,389 children, including those survivors of violence, abuse and exploitation and children in street situations who are often in conflict with the law.

According to UNICEF, the 3-year grant, worth $9.5 million would be used to improve access to child-friendly justice with a rights-based approach and rehabilitate street children in Burkina Faso, Guinea, Mali, Mauritania, Niger and Nigeria.

It explained that in Nigeria, the focus will be on providing justice services and community rehabilitation and reintegration for children in conflict with the law, on the move and in street situations, such as Almajiri children and children forcibly returned to Nigeria from abroad.

It added that, the programme will also ensure that child survivors of violence, especially sexual violence, access justice services; including legal aid, for an efficient processing of their case and prosecution of perpetuators.

Excited at the prospect of the partnership, Ambassador of the European Union to Nigeria and to the Economic Community of West African States (ECOWAS), Ms. Samuela Isopi said:

“Children are a key priority for the EU´s humanitarian and development programming and are at the heart of the EU response in Nigeria. We are excited to be working with UNICEF to help bring about a rights-based approach to child justice issues and ensuring that children’s rights are respected through the judicial process and for children in street situations.

“We know that working together, and with our partners in the Nigerian Government, we will make a strong difference in children’s lives – especially the most vulnerable children”, she said.

“UNICEF is working with government authorities and other partners to reimagine a justice system for children in West Africa. This will involve boosting the capacities of national and civil society authorities to strengthen justice systems towards a child rights approach, which includes alternatives to detention for all children”, she said.

The Man Of The Year