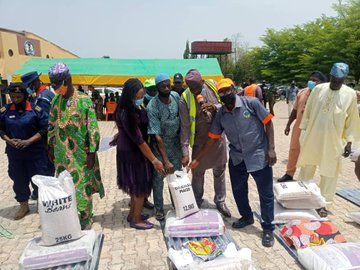 No fewer than 600 households affected by windstorms in Itesiwaju Local Government Area of Oyo State have been given relief materials by the National Emergency Management Agency, (NEMA).

This information was obtained from the official Twitter handle of the National Emergency Management Agency, @nemanigeria.

@nemanigeria wrote: “@nemanigeria has distributed relief materials approved by the President, HE

“The relief intervention was approved to provide succour to the households affected by the recent windstorm in seven communities namely: Okaka, Otu, Ipapo, Komu, Igbojaiya, Oke-amu and Babaode. The items distributed were food and non-food materials.”