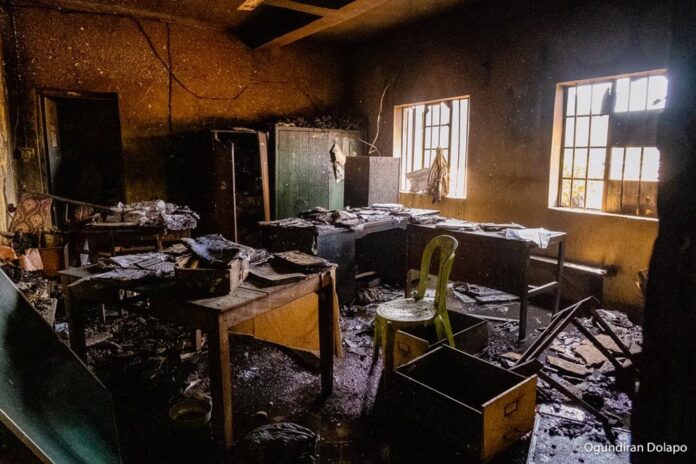 Barely 48 hours after the Police Command in Imo came under heavy attack by bandits, gunmen have again attacked the Police station in Ehime-Mbano in the state, razing it and setting some vehicles on fire.

The incident, which happened Tuesday, 6th April, was confirmed by SP Orlando Ikeokwu, the police spokesperson in the state.

TheFact Nigeria had reported that the Police Headquarters and the Correctional Center in Imo, were attacked by unknown gunmen in the early hours of Monday, an incident that saw the forceful release of no less than 1,800 inmates.

SP Ikeokwu however said no life was lost in the latest attack.

“Yes I can confirm to you that the police facility was attacked today by bandits.

“No casualty on the part of police, no loss of arms but three vehicles were burnt in the process,” he said.

This has brought the total number of attacks on police facilities in the state, between February and April this year, to six.

The attack on Monday was targeted at the custodial centre, but spilled over into the police command which shares a fence with the Centre.

The various attacks have been widely condemned and government has vowed to bring the perpetrators to book.