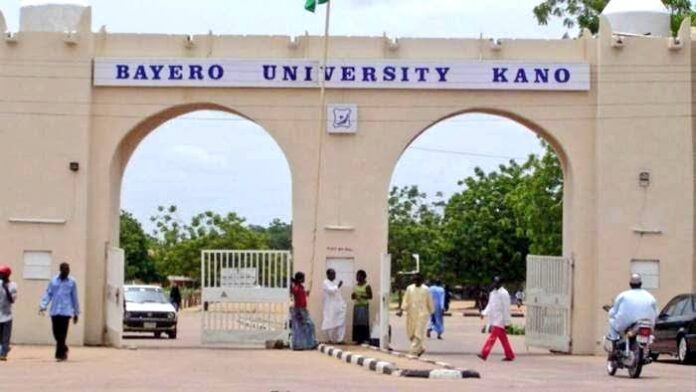 …Vows To Crackdown On Violent Protesters

The Bayero University Kano (BUK) management has confirmed the death of yet another student, Kamaludden Moshood of the Department of Accounting which occurred on Saturday.

A statement signed by Lamara Garba, Secretary, Information and Publication for, Acting Registrar, BUK on Sunday said the student died at the National Orthopedic Hospital Dala, Kano following injuries he sustained as a result of a road traffic accident.

A level 200 student, the death of late Moshood came barely four days after a 400 level female student, Mercy Sunday of Department of Political Science died after a brief illness.

The BUK management said that late Moshood was hit by a fast-moving vehicle outside the University on Tuesday, June 8 at about 10:00 pm.

The statement said upon receiving the report of the accident, the Vice Chancellor, instantly directed the Dean of the Students Affairs to visit the scene and take all necessary action.

The statement said that the driver of the vehicle was apprehended while the victim was rushed to the hospital, under the supervision of the University Director Health Services for prompt medical attention as he had sustained multiple fractures.

The statement reads: “While at the Hospital, preliminary investigations revealed that Kamaluddeen had a severe crush leg injury and needed to have his leg amputated to save him.

“However, the doctors who observed  his condition advised that in view of his unstable condition, it may not be possible to conduct such a major operation.  It was in the process of stabilizing his health that he gave up the ghost”.

“The management wishes to extend its heartfelt condolences to the immediate family of young Kamaluddeen, his friends, associates as well as the entire members of the University community. We pray, Almighty Allah to grant him eternal peace in Jannatul Firdaus, Amin,”

“The University has done everything possible in order to save young Kamaluddeen. The University will not therefore, condone any act of uncivilized behavior whatsoever which will disrupt the peace on our campuses. Any student(s) caught doing so will be decisively dealt with,”.

The management therefore, warned students against plans to engage in any act that could jeopardise the peace being enjoyed on the campus in whatever form.

To this effect therefore, the BUK management appealed to the Federal Ministry of Works to urgently commence the construction of the pedestrian bridge near the main gate of the institution’s new campus.

“In the meantime, it should also be noted that in its determined effort to ensure the safety of students and other stakeholders of the University, the Management had, early this year (2021) made a submission to the Federal Ministry of Works on the urgent need to construct  a pedestrian bridge near the main gate of the New Campus for  use by students in crossing over the trunk ‘A’ highway that passes by the side of the university.

“Already, the Ministry had obliged to the request of constructing the bridge and arrangement has gone far in that regards,” the statement said.