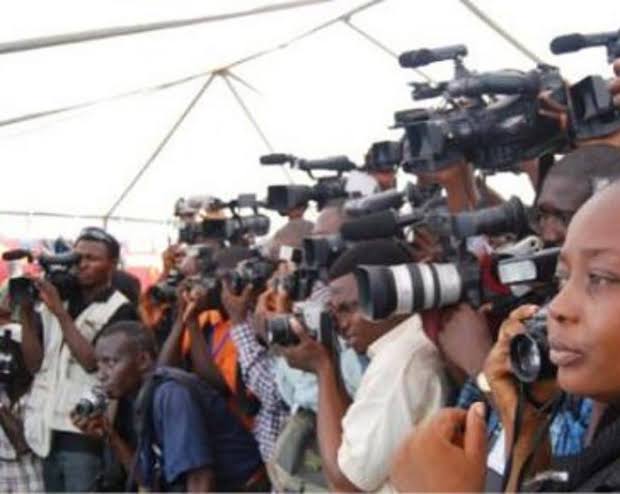 Experts in the media space have posited that democracy can neither survive nor thrive without a strong subnational media.

She noted that democracy at its core was a human development project and the media was fundamentally a democracy project which cannot work without a strong presence at the subnational level of society.

Citing examples to buttress her point, Dr.
Nwankwor said, “at the heart of journalism is the accountability motive, of all the mechanisms of establishing accountability, the media is the most effective.

“The media amplify the people’s voices as they seek to access the dividends of democracy and lay claims on the state. The media is the one Institution that is created and takes on this specific job of agenda setting”, she said.

She therefore, recommended that, there should be a rethinking of media engagement and ultimately the expansion of community radio for “If we can not build a sustainable media, then we cannot have a thriving democracy and in the absence of that, development will continue to be elusive”.

Similarly, the Director, MacArthur Foundation Africa Office, Kole Shettima who was represented by his Deputy, Dayo Olaide stated that, without a strong functional subnational journalism practice, it was practically impossible to have a democracy that is able to deliver the dividends to its population.

He lamented that democracy was facing challenges which the media should address, but unfortunately, it wasn’t.

“In Nigeria and globally, democracy is facing a lot of human and institutional challenges, inspite of these challenges, the watch dog role of the media has been vested at the national level.

“The implication is that a significant part of what represents the Nigerian space is left underreported or completely unreported.

“Between 50-52% of our annual budget in Nigeria goes to the state and local government levels. What that suggests is that a significant part of what is spent and what should go into development should be delivered at the subnational level and our failure in the last two decades to be able to pay adequate attention to where the 52% of our annual spending goes to is partly responsible for the under development we’ve seen at the state and local government levels”, he said.

Mr. Olaide further explained that Journalism serve as the catalyst to activate the capability of democracy to deliver development, through its role of serving as gate keepers, standard and agenda setters.

He highlighted part of the challenges faced by the media in Nigeria to include funding, dependency of the media on state patronage for survival, low investment in investigative work found across media organisations, state capture of the media space; where many politicians want to have media liscence and lastly, the overbearing regulatory roles that made it easy for the media to rather self censor than violate rules.

“The implication of all of this is that for democracy to be able to deliver Development, we need the media to not only pay attention to the Central government, but begins to extend the same focus and level of attention to what is happening at the subnational level.

“The regulatory body needs to rediscover itself, its role is not only to regulate the media but rather to put in place policies that enables the media to play the Civic Education role”, Olaide explained.

Also speaking, the Executive Director, Gender Strategy Advancement International (GSAI), Adaora Onyechere noted that, the rising in lack of inclusion and the rising of lack of voices for women and Persons With Disabilities at the sub national level was as a result of dissented conversation on some of these issues at the subnational level without bridging the gap between them and the policy makers.

This, she said could be remedied by expanding collaboration between the media at the subnational level and those at the center.

“Community journalism is the only way forward in expanding the voices of the marginalised groups (women and People With Disabilities) at those level and collaborating with those at the institutions to be able to bridge the gap between the policy makers and those at the national level”, she said.