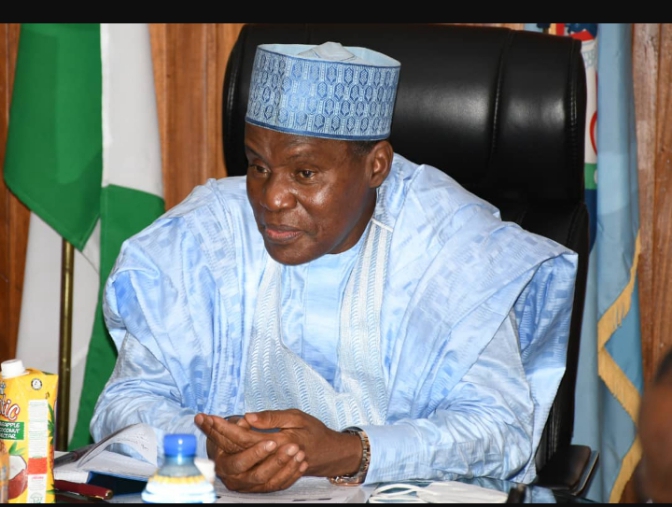 The Minister of Defence, Major General Bashir Salihi Magashi (rtd), has urged Muslims to prioritise national security and unity in their prayers for this year’s Eid-El Kabir celebrations.

General Magashi stated this in a message to felicitate with the Muslim Ummah on the occasion of the celebration of Eid’il Kabir festival.

TheFact Daily reports that Special Assistant to the Minister of Defence on Media and Publicity, Mohammad Abdulkadri, in a statement Friday, said General Magashi underscored the need for selfless sacrifice to end insecurity in parts of the country, pointing out that national security was the responsibility of all Nigerians.

The Defence Minister thanked Almighty Allah for sparing the lives of the muslins to witness the festival, and called for total restraints from any act capable of undermining peace, progress and prosperity of the nation during and after the festivities.

He beseeched God to reward the symbolic slaughtering of rams as an act of expression of individual piety and conformity with the Almighty Allah’s injuction as contained in the holy Quran and the hadith of the Holy Prophet Muhammad, peace be upon him.

The Defence Minister therefore appealed to the Muslims to intensify prayer for peace to reign in the country.

Magashi encouraged the act of sharing of the sacrificial meat with non Muslim and Muslim neighbours alike who are not privileged to slaughter rams, saying such actions engender societal peace and friendship, and strengthens relationships unconditionally.

He prayed to Almighty Allah to accept the sacrifice by muslims as an Act of Ibadah and to protect the troops in the frontlines who are not opportuned to celebrate Eid’il Kabir festival with their loved ones.