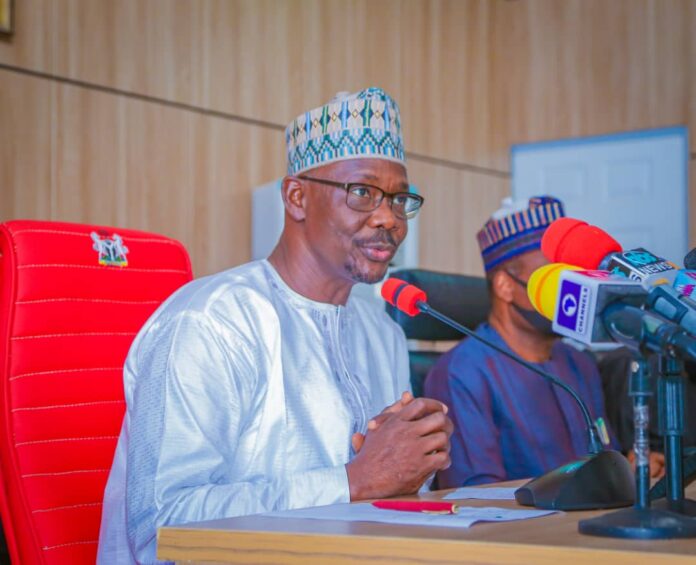 Nasarawa State governor, Engineer Abdullahi Sule, has urged officials, members and supporters of the All Progressives Congress (APC) in the state, to ensure that the party remains united ahead of the forthcoming congresses and national convention of the party.

Engineer Sule made the call when he hosted the state interim committee of the party, while on a Sallah homage, at the Government House, on Monday.

According to the governor, as the congresses and national convention of the party approaches, critical stakeholders in the party, must do their best to ensure that the scheduled exercises, did not tear the party apart.

Engineer Sule further urged APC officials, members and supporters to each put aside their selfish interest by doing everything possible, to understand that congresses and national convention of the party, are exercises meant to unite the party.

The governor used the opportunity of the visit to reiterate the call by President Muhammadu Buhari on governors, not to allow the APC to collapse after he leaves office, but to ensure they party remains united.

Engineer Sule emphasized that he has no hidden agenda, with his only interest on how to get the right people that will lead the party and ensure it remains united, not self-seeking individuals that are only interested in pocketing the party for the purpose of enriching themselves.

“The whole idea of having these positions is to have people who will come and lead and unite the party. The party is superior to everyone of us, including the governor,” he stated.

To this end, the governor said all hands must be on deck, towards ensuring that together, collectively, the people deliver what is best for the party.

Engineer Sule equally used the event to appraise his administration, stressing that whatever successes thus far recorded, the credit must go to the APC, since all that he has been delivering falls within the context of the party.

Recalling that President Buhari rode to power on the wings of three major promises, namely security, economy and fighting corruption, the governor said, all that is administration so far recorded, fall under these three major policy thrust.

“In Nasarawa State, we don’t say we are fighting corruption. Instead, we are providing the atmosphere for accountability.

Commenting on the economy, the governor the way his administration interprerets the policy thrust of the Buhari government, is by trying to attract investors to the state, promote industrialization, empower women and youth, as well as trying everything possible to provide employment opportunities.

The governor stressed that the party must work together and to be tolerant.

“We know our friends, we know the people that worked for us, we are going to do everything possible to support those people and give them whatever it takes to do that.

Engineer Sule however noted that as elected officials, they have a responsibility thrust in their hands, and as such, they cannot afford to shut the door against the people, which explained the all inclusiveness of his administration.

The governor added that this particular leadership style is already bearing fruits, as the APC continues to receive the influx of members of the opposition political parties in the state, with five members of the Nasarawa State House of Assembly, joining the APC.

“This is not because the APC is the ruling party. I think it’s about the style of leadership that we are bringing, the party has been so tolerant,” he stated.

Earlier, state interim committee chairman of the APC, Dr.  John Mamman, said they were at the Government House, to welcome back the governor from his trip to Saudi Arabia, as well as pay him the traditional Sallah homage.

The Nasarawa State APC Chairman, commended the governor over the peaceful Sallah celebration, stressing that the party is proud of him for particularly ensuring lasting peace across the state and for his all inclusive governance.