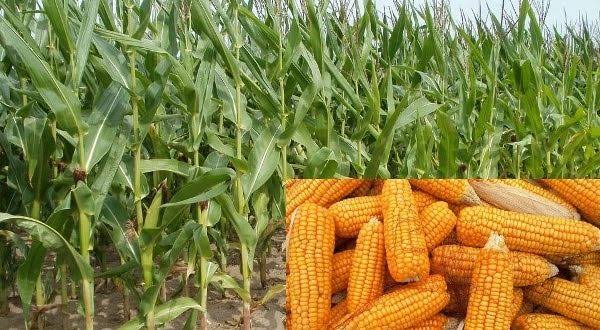 About 300,000 metric tonnes of maize are soon to be released into the Nigerian market from strategic anchors under the Anchor Borrowers’ Programme (ABP) of the Central Bank of Nigeria (CBN), which watchers believe will reduce the current price of maize from N155,000 per metric tonne.

The anticipated release follows moves made by the CBN, working with the Nigeria Customs Service (NCS), in the last quarter of 2020, to facilitate import waivers to four agro-processing companies to import 262,000 tonnes of maize to bridge the shortfall in production and augment local production.

With the release of 300,000 metric tonnes in February 2021, it is expected that the prices of maize in the Nigerian market will drop significantly, thereby increasing demand for the crop and ultimately enhancing the gains of maize farmers. Prior to the CBN-NCS collaboration, President Muhammadu Buhari had approved the release of 30,000 tonnes of maize from the National Strategic Grain Reserve to support the Poultry Association of Nigeria (PAN) at a subsidized rate.

In a chat with news men in Abuja, the National President of the Maize Association of Nigeria (MAAN) Alhaji Bello Abubakar, attributed the current shortfall in the quantity of maize available in the market, to include insecurity around the major maize producing belt of Niger, Kaduna, Katsina, Zamfara and part of Kano states. Alhaji Bello also identified the activities of hoarders and middlemen who engage in hoarding of the grain.

Also speaking the same vein, a prime anchor under the maize production, Dr. Edwin Uche, noted that banditry, drought in some parts of the country in 2020 and activities of middlemen are responsible for the current high price.

He however opined that the planned dry season farming which is first of its kind in the country, timely distribution of inputs to farmers and improved security, would go a long way to enhance production and ensure stability in price.

He expressed optimism about the price crashing to N120,000 per metric tonne in the next couple of days.

Another major stakeholder in the maize production, Mr. Ayodeji Balogun of AFEX, attributed the hike in price to cash-flow problem of farmers which has compel farmers to resort to collecting cash from buyers ahead of production and resort to side-selling, especially across the borders of neighbouring countries due to higher prices.

It will be recalled that the CBN in 2020 had provided credit facility and seed support to maize farmers, to enable them increase their yield, particularly due to the challenge posed by the Corona Virus (COVID-19) pandemic.

Confirming the release of credit to its members by the CBN, the National President of the Maize Association of Nigeria (MAAN), Dr. Bello Abubakar disclosed that over 200,000 farmers targeted to producee more than 25 million metric tonnes of maize in the 2020/2021 planting season.

According to him, the credit secured by the CBN are being distributed to members along the maize value chain, nation-wide.

He expressed confidence that the support of the CBN would boost production and ultimately ensure availability as well as stability in the price of the commodity. In spite of cases of insecurity in some parts of the country, he said farmers were committed to meeting the objective of food security.

Abubakar also charged middlemen not to take advantage of the supply gap to hike the price of the grains, even as he assured that farmers would maintain reasonable price.

He equally urged the Federal Government to put in place mechanism to protect farmers from market triggered shocks.

Ahead Appointment Of New IG: Nigeria Police Gets 9 New AIGs