Justice Okon Abang while delivering judgement on Monday said Maina would spend only eight years in prison and the jail term is required to run concurrently, with effect from October 25, 2019.

TheFact Nigeria recalled that, Maina had been arraigned by the Economic and Financial Crimes Commission on a 12-count charge on 25th October 2019, for allegedly stealing of pension funds, and money laundering .

He pleaded not guilty to all the charges .

Maina’s son, Faisal was convicted recently on a similar set of charges.

The court found him guilty of inducing staff of Fidelity Bank to open bank accounts for him without conducting due diligence and money laundering. 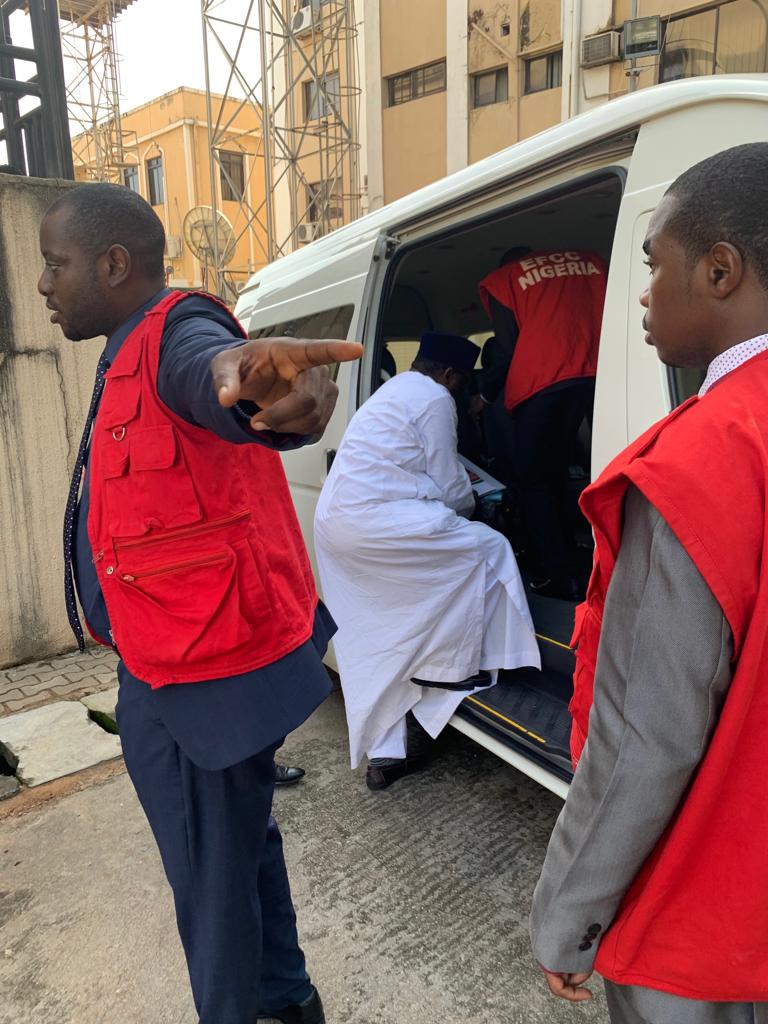 Justice Abang also found him guilty of concealing his true identity as signatory to accounts opened in UBA and Fidelity Bank by using the identity of his family members without their knowledge.

These accounts were said to have cash deposits of N300 million, N500 million and N1.5 billion.

The court held that Maina stole monies meant for pensioners as he could not prove where he got same from.

Justice Abang also held that through Maina’s service as a civil servant, his salary and emoluments would not amount to the monies in these accounts.

The court further held that the prosecution (the Economic and Financial Crimes Commission), produced essential evidence through witnesses called, to prove beyond reasonable doubt that Maina was also guilty of money laundering in sum of N171,099,000.