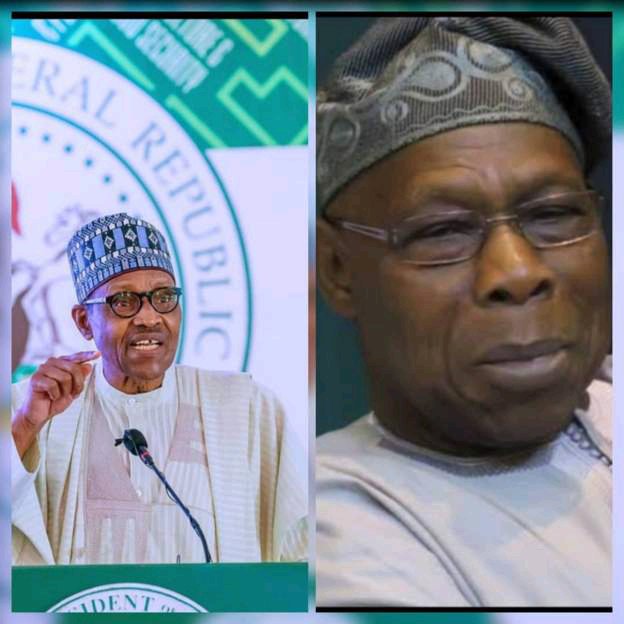 Olusegun Obasanjo, Nigeria’s former President, has said that the nation is quickly transforming into a failed state under the watch of President Muhammadu Buhari’s administration.

He said this in Abuja on Thursday September 10 while delivering a speech titled, ‘Moving Nigeria Away from Tipping Over’ at a consultative dialogue attended by representatives of Afenifere, Middle Belt Forum, Northern Elders Forum, Ohanaeze Ndi Igbo and Pan Niger Delta Forum.

In his address, he said “Nigeria is currently sinking quickly into a broken and badly fractured state; it is becoming the world economy and poverty capital and we are socially reinforcing ourselves as an unstable and dangerous society.

He said: “I am pleased that you are saddened by the plight of Nigerians. Nigeria is now on the verge of collapse and disintegration; economically, our country is on the verge of becoming the world’s capital of poverty and insecurity.”

“And these incidents are the product of a recent misadministration of our country’s plurality and socio-economic growth.

“Ancient fault lines that vanished have emerged in expanded cracks and almost everywhere have been heard with anger, divorce and split drums, accompanying choirs.”

Obasanjo also warned the people clamoring for war and secession to always note that if Nigeria romps into several countries the citizens will still be neighbors and have to interact with one another.

The Former president finally claimed that he has never seen division like he have seen in the present administration and that it’s only ignorant people that will claim all is well with the Nation.

“I do not believe that Nigeria should be allowed to collapse as long as we work together. This can only be achieved through dialogue instead of gossip and conflict. Only the irrational can claim that everything is going well in Nigeria” Obasanjo said.