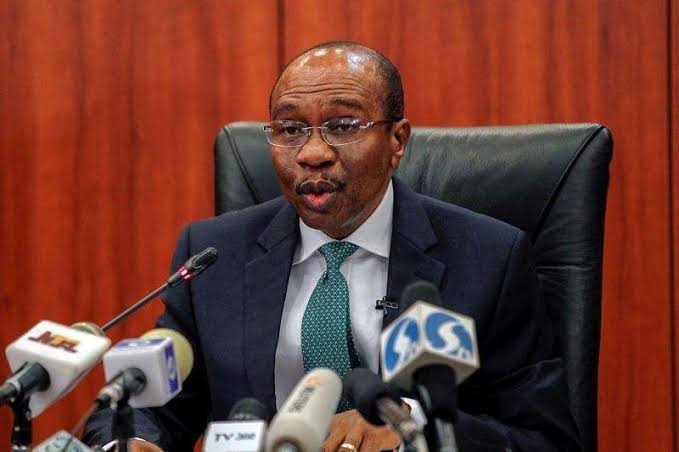 The year 2020 started on a brighter and prospective note for Nigeria and Nigerians, with the expectation of increased economic activities, arising most especially, from the CBN’s sustained interventions in agriculture and Small and Medium Enterprises (SMEs).

Economic indices also proved this until what was believed to be a localised virus in a town, Wuhan, in China, took on the world ravaging not only economies but with millions of human casualties.

Nigeria is battling to contain it, as no one expected its devastating destructive capacity. Other viruses like SARS and Ebola were not these destructive.

It has no doubt brought unquantifiable damage to world’s harmony and economic life.

In a series of intervention by the Central Bank of Nigeria, CBN, at the wake of the novel COVID-19 Coronavirus outbreak, the Bank unveiled a succession of targeted facilities starting with a N50billion credit facility, followed by another N100billion credit support intervention for the health sector.

The Bank’s twin intervention funds were in quick response to the coronavirus pandemic, which has caused unprecedented disruptions in global supply chains, sharp drop in global crude oil prices, chaos in global stock and financial markets, lockdown of large swaths movements of persons in many countries, including Nigeria.

It also berthed here in Nigeria when the CBN was putting final dots on the organisation of its second edition of ‘Going for Growth 2.0’. (The first edition was held in Lagos in June 2019.) It is a Think-tank stakeholder assemblage of practitioners in the private and public sectors, bureaucrats and technocrats, bankers and industrialists concerned about the economic wellbeing of Nigeria.

The stakeholder meeting was held at the head office the Bank and it coincided with the outbreak of the novel COVID-19 virus. The fear of every stakeholder was palpable knowing how fragile the economy is, and having just exited economic recession and on the verge of getting its groove back.

However, the mono-product economy of Nigeria further exposed its fragility and precarious situation, especially with the way advanced economies were crumbling, battling how to salvage the ruins caused by the menace.

The Nigeria situation is made worse as its major revenue source is hinged on oil proceeds for sustenance. Previous economic diversification efforts were only achieved on papers without commensurate commitment to achieve the programme.

The CBN Governor shortly on assumption of office admonished the handlers of the economy to brace up for the diversification of the economy to agriculture and non-oil products as the future of oil as source of sustenance is nigh.

Emefiele became the lonely voice in this advocacy. He was proved right when world oil prices dipped in 2015/2016 and the economy slipped into recession.

Concerted efforts were made through various monetary policy interventions to revive the economy. He succeeded when hope seemed lost. And ever since he had been on the frontline canvassing for economic diversification and in the same vein frowning at the increasing public debt without commensurate buffers.

He was worried about the unabating internal security crisis caused by militancy and insurgence, particularly in the food producing areas of the country and has gravely affected economic growth, food security, and rising inflation. The CBN had also been concerned about the inadequacy of infrastructure in the economy.

These, and many more, are being addressed by the Bank in intervening in agriculture value chain, power, aviation, cotton and garment industry including ICT and the creative industry, as contained in the Bank’s five-year Policy Thrust.

Notable is the matrimony between the monetary regulator and deposit money banks under the aegis of Bankers’ Committee agreeing to work together for the economy. These were ongoing efforts when COVID-19 made its way into Nigeria.

In his quick response to avert total collapse knowing that the economy does not have the shocks required to weather the pandemic, he in sequence to its earlier held ‘Going for Growth 1.0’ in Lagos last year, conveyed its second edition in expectation of likely economic disruption that may arise with the virus outbreak.

Thus, he rallied a coalition of private sector operators, including industrialists, bankers and business moguls, on the urgent need to jointly combat the emerging COVID-19 crisis in Nigeria, particularly as the international crude oil prices were beginning to dip unprecedently in decades.

Countries around the world are individually and frantically fighting for themselves and their economies with different approaches peculiar to their environment and needs. In this circumstance, Nigeria is not an exception. The challenge is being a mono-product economy, oil, dwindled fiscal buffers, weak infrastructure, poverty and unemployment. Thus, the challenge at hand is everyone’s problem that requires every hand on the deck.

Godwin Emefiele, the Governor of CBN, had said, “The need for all Nigerians to play a role in this fight cannot be understated as we are quite literally in the fight of our lives. I must highlight the fact that this is not just about bringing money. Your time, your services, your products will all be helpful.”

Thus, from the foregoing, coupled with efforts being put in place, suitable to Nigeria’s peculiar needs in combating the virus and immune the economy from crisis, the CBN Governor rallied a coalition, the Coalition of Private Sector Against COVID-19, CACOVID, to support the Presidential Task Force on COVID-19 set up by the Federal Government across its response, where he outlined the objectives of the coalition to include mobilising private sector thought leadership; mobilise private sector resources; increase general public awareness, education and buy-in; provide direct support to private and public healthcare’s ability to respond to the crisis and support government effort knowing that with the dwindled revenue, the government alone at this period cannot handle this.

The Coalition Against COVID-19 (CACOVID) is a private sector task force in partnership with the Federal Government, the Nigeria Centre for Disease Control (NCDC) and the World Health Organisation (WHO) with the sole aim of combating Coronavirus, COVID-19, in Nigeria.

This Coalition is tasked to pull resources across industries to provide technical and operational support while providing funds and building advocacy through aggressive awareness drives.

In addition to the efforts of the federal government, the Coalition will provide and equip medical facilities in the six geopolitical zones in Nigeria. This also involves the creation of testing, isolation and treatment centers, and include the provision of Intensive Care Units (ICUs) and molecular testing labs.

On its part to the cause, the CBN announced a N50 billion targeted credit facility stimulus package with 5 percent interest rate, that aims among others, to cushion the adverse effects of COVID-19 on households and MSMEs, by supporting households and MSMEs whose economic activities have been significantly disrupted by the pandemic virus, and stimulate credit to MSMEs to expand their productive capacity through equipment upgrade, and research and development.

While the twin N100 billion credit support intervention for the health sector seeks to strengthen the industry’s capacity to meet potential increase in demand for healthcare products and services.

Pointedly, the CBN noted that “the scheme is to provide credit to indigenous pharmaceutical companies and other healthcare value chain players intending to build or expand capacity”.

Emefiele further noted that, “the scheme is expected to improve public and private investment in the healthcare sector, facilitate improvements in healthcare delivery and reduce medical tourism to improve foreign exchange conservation”.

Obviously acknowledging MSMEs as the heart of any economy, the N50 billion scheme will be financed from the Micro, Small and Medium Enterprises Development Fund (MSMEDF) to cover key economic activities including agricultural value chain, hospitality (accommodation and food services), airline service providers, manufacturing and value addition, trading and any other income generating activities as may be prescribed by the CBN. To accomplish its objective, NIRSAL Microfinance Bank has been chosen as the financial institution for the Scheme.

The N100 billion health intervention fund as expected is to be funded from the Real Sector Support Facility-Differentiated Cash Reserves Requirement (RSSF-DCRR) and has Deposit Money Banks and Development Finance Institutions (PFIs) as eligible to disburse the fund.

The CBN action comes against the background of the governor’s pledge on assumption of office in 2014, when he promised to make the Bank a catalyst for economic growth. This underlies several monetary policy measures he had initiated to keep the economy running.

He did not stop at that, he announced a N1.1trillion stimulus package to also support local manufacturing and boost import substitution to ensure that laboratories, researchers, and innovators work with global scientists to patent and produce vaccines.

These efforts were initiated against global monetary and fiscal responses to the debilitating effect of the COVID-19 attacks across the world in general, and Nigeria in particular. In the United States, the Congress approved about $2 trillion stimulus package in response to the economic impacts of COVID-19.

While corporations will be the biggest recipients of the bailout, some of the fund will be paid directly to Americans hit by the pandemic with those directly impacted by the economic effects of COVID-19 have been slated to receive robust government support.

The United Kingdom, had also launched a stimulus package to stabilise Britain’s virus-hit economy, which include the government paying the wages of workers throughout the country. So also, is India, among other countries.

The federal government of Nigeria has also announced a N500 billion stimulus package as the fiscal response to keep the economy afloat. Though its details have not been revealed, as it is awaiting National Assembly approval.

The CBN policy response to COVID-19 has thus provided a calm in the economy, helping manufacturers to continue production and keep plants running to meet domestic demand without arbitrary price hike to account for the rising cost of raw materials.

These unprecedented initiatives to support pharmaceutical and healthcare companies are commendable, given the shutdown of countries across the world, the rising spread of the COVID-19 virus in Nigeria, and sustained panic buying of pharmaceutical products domestically.

With the drop in the world price of crude oil, hovering around $20 – $26 p/b, about 57 percent below budget benchmark and revenue expectations, there is therefore an urgent need for the government to complement the CBN initiatives and go beyond its monetary interventions and fashion a pragmatic and actionable fiscal stimulus package to assuage the effects of the lockdown on the poor and businesses.