TheFact Daily
Home Opinion OPINION: Why We Must Rescue The Naira 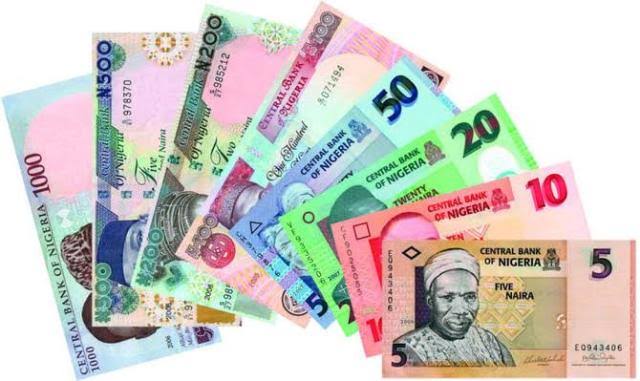 The global economic disorder birthed by China’s export – COVID-19, as the year 2019 grinded to a close, is yet to get a cure. It has disrupted world peace, many unexpectedly lost their lives and governments worldwide, individually, and collectively, have been busy innovating on how to tackle the menace that caused a global decline in trade and tightened financial situation. But as normalcy began to creep in, a ‘lunatic’ adventurist, Vladimir Putin, the Russian leader, invaded a sovereign nation, Ukraine, and put a break on all efforts made at recovery.

He further plunged the world into economic abyss. His enterprise attracted global condemnation and reactions in form of economic sanctions causing disruption in energy, oil, and food supply chains. Worse hit were the emerging economies like Nigeria. Nigeria’s case is peculiar being a monoculture economy.

It could be recall that at the outset of the global pandemic, the Nigeria government rose to the occasion deploying both monetary and fiscal policies to mitigate the effect of the crisis. The Central Bank of Nigeria at the time, deployed a multi-faceted intervention it named Targeted Credit Facility for households, SMEs, and the real sector, including the health sector to enable them undertake research, and strengthen the sectors. The Central Bank of Nigeria made available a-N9.3trn stimulus package.

The effort enabled the economy during the crisis to exit economic recession within quarters. However, the Russia-Ukraine imbroglio has brought unprecedented inflationary spike globally, coupled with monetary policy tightening policy by the US Federal Reserves that has also pressured the Naira. The Governor of the CBN, Mr. Godwin Emefiele alluded to this at the end of the Bank’s 287th Monetary Policy Committee meeting.

But Nigeria’s situation is peculiar and complex. Insecurity, banditry, infrastructure decay, power challenge, crude oil theft, corruption, and above all, capital flight from the economy as investors continued to leave in droves due to strangulating economic climate, are among the reasons the Naira is battered.

In fact, there has been no new foreign investment in the country in the last five years. Several International Oil Companies (IOCs) have left the country accounting also for the shortfall in crude oil production and revenue. The security situation is frightening.

Kidnapping for ransom is closing doors to fresh investments. The Diaspora remittances vent is fast drying out. The Diasporas are no longer safe with their investments back home, either they were robbed or killed by bandits, thus creating a big hole in forex inflow that helps in foreign reserves accretion.
The country is also burdened with huge debt. Inflation rate is trending at 20.52 per cent, and hunger reigns in the land.

This, and many more, may have informed the decision by the Central Bank of Nigeria’s Monetary Policy Committee members to hike the rates in response to the spiking inflation rate. The Bank at its last meeting increased Monetary Police Rate (MPR) by 150 basis points, from 14 to 15 percent, being the baseline interest rate in any economy, and on it rests other interest rates.
As the 2023 general elections beckons, and very characteristic of Nigerian politicians, the Naira may not fare better. Monies not within the bank vaults are flying around, and more would be on the streets for electioneering campaigns. Foreign currencies were used to woo and pay delegates during the political parties’ primaries, and during campaigns and elections proper, it would be worse.

Politicians have been busy mopping up dollars at the parallel market, as Naira exchanges between N670 – 730/US$1. The CBN’s MPC may have elected to act in earnest with rate hike action to mop up money in circulation and arrest the flying inflation before the real political campaigns begin.

With this measure however, and in flagrant disobedient to extant electoral laws forbidding reckless, and extravagant spending during electioneering campaigns, the unrestrained and desperate Nigerian politician would not care about what becomes of the economy, and the Naira. And with the looming global economic recession, the CBN’s MPC may have done what a Yoruba adage admonishes: ‘What an elder see, sitting down, cannot be seen by a young person even when standing on top of a tree’.

Though the decision was received with mixed feelings by various stakeholders, unbiasedly and objectively, it was the best decision for the moment. The poor must be rescued from the clutches of hunger; Naira must regain its breath and true value.

The politicians should realize that the Naira, our symbol of identity and heritage, must be protected from economic vampires and the government must intensify its effort in eliminating banditry, and kidnapping in the country. It is hurting the economy. This menace has deprived local farmers who took loans from the banks access to their farmlands and driven foreign investors out of the economy.

Crude oil, the nation’s major means of forex receipt, has been an albatross riddled in controversies – theft, low production (not meeting production quota) et al. The situation has become an international embarrassment to Nigerians. While other oil producing nations have been smiling home, declaring billions of dollars in profits, Nigeria is rocked with debt as it has nothing to profit from. This menace has deprived the country from meeting its allocated quota by the OPEC, and the projected revenue. The government, if not complicit in the quagmire, must act decisively and rescue the economy from bankruptcy.

As the 2023 general elections are here, it is incumbent on the fiscal and the monetary authority to align strongly to save the economy. The fiscal authority has not really done enough like its monetary counterpart, and it is that absence the CBN has been filling which had been erroneously misconstrued as a usurpation of mandate. The Naira is under siege, lets rescue it.

The fate of the Naira is also rooted in overdependence on crude oil for sustenance. And what the Central Bank Governor, Godwin Emefiele has been advocating as panacea to the problem is economic diversification. Economic diversification to agriculture and non-oil products. Nigeria has had a glorious era in agriculture, and a return to it will not hurt. For this singular reason was why pressure was brought to bear on the nation’s external reserves and the resultant serial devaluation of the Naira in recent times. And given the country’s propensity for anything foreign i.e almost importing all her needs, there is little Godwin Emefiele, and his team can do to save the Naira, except the government takes the first step, leading by example, and thereafter encourage Nigerians to start ‘patronizing and buy made-in-Nigeria products to grow the Naira’.