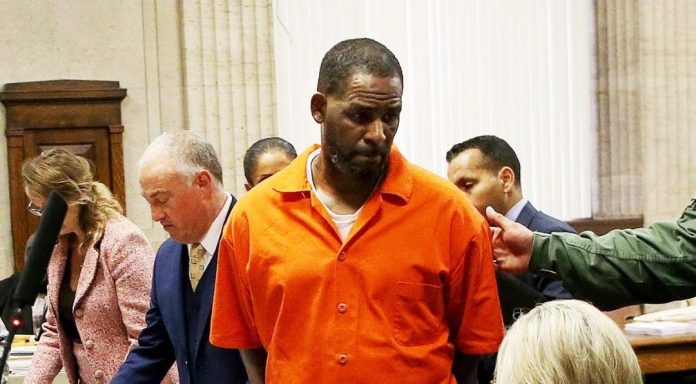 One of the largest video platforms, YouTube, has removed two channels linked to R. Kelly.

This new move comes after the singer was found guilty on all counts in a sex-trafficking trial last week.

He was convicted by a federal jury in September where he was accused of using his stardom to lure women and underage girls for sex.

The 54 year old was found guilty in September of nine criminal counts, including racketeering. He was accused of luring women and teenagers for sex, before grooming and brutally abusing them.

His sentencing hearing is scheduled for May 4 and he faces up to life in prison.

In light of this, his channels, RKellyTV and RKellyVevo, have been removed from YouTube.

According to a YouTube spokesperson the two channels linked to R. Kelly were terminated “in accordance with our creator responsibility guidelines.”

The guidelines state that if channel owners are accused of very egregious crimes, the platform can terminate their channels if the content is closely related to the crimes and the channel owners were convicted or pleaded guilty.

The platform indicated that Kelly is banned from using, owning or creating any other YouTube channels.

The platform also warned that if a new channel is created to re-upload content from a previously terminated account, it will be deleted.