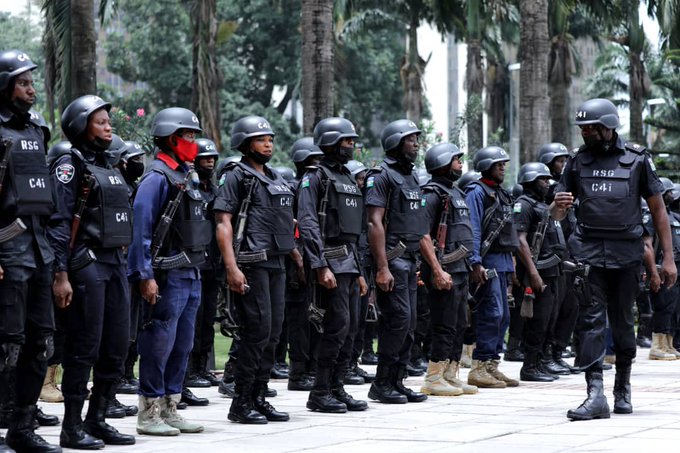 Rivers State Governor Nyesom Wike said that the launch was in pursuit of the government’s desire to to ensure the protection of lives and property.

Governor Wike also revealed that the Rivers State government would soon donate a total of fifteen gunboats to the Navy, Army and Police in Rivers State.

This information was obtained from the official Twitter handle of the Governor of Rivers State, @GovWike.

TheFact Nigeria learned that the security outfit comprised of 400 police and 200 officers of the Nigeria Security and Civil Defence Corps, who have been trained in “relevant skills to ensure efficient discharge of their duties.

@GovWike wrote: “In pursuit of our desire to ensure the safety of lives and property in Rivers State, we today re-launched Rivers State’s security outfit tagged C4I.

“In the next few weeks the state government would donate a total of fifteen gunboats to the Navy, Army and Police in Rivers State “We appreciate the Inspector General of Police represented by AIG Zone 16, Austin .I. Agbonlahor and other service Commanders that attended the launch.

“My charge to security agencies is for them to abstain from politics but focus on their primary responsibility of protecting the lives and property of people of the state.”

Northern Governors, IGP, Others Meet In Kaduna Over Security Challenges