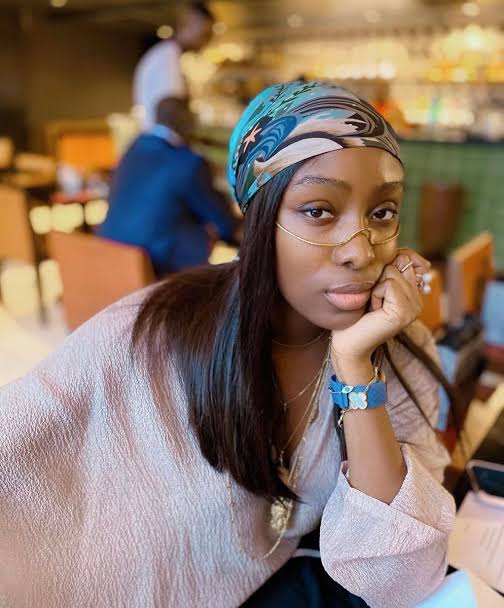 Tolani Otedola, daughter of Nigerian billionaire, Femi Otedola told her fans about an interesting dream she recently had.

The music star explained on social media how she slept and dreamt that she sold Akara.

She narrated that she was behind a fast food counter fully dressed in uniform and hairnet. She was selling akara in the dream and she even attended to one of her father’s friends.

In her words:“In a dream last night, I was behind a fast food counter, like the kind you see at McDonald’s or KFC, fully in uniform and hairnet.. And I was making and selling akara Neutral face… WT*F is the meaning of that?!!”

In a dream last night, I was behind a fast food counter, like the kind you see at McDonald’s or KFC, fully in uniform and hairnet.. And I was making and selling akara 😐… WTF is the meaning of that?!!

Read some comments from netizens:

Ansly.vibes:”Maybe your calling is to sell akara in a big wayyou will name the business Mckara”

Eezzisclosetandbeautyroom: “She is so relaxed because she knows it won’t happen, worse comes to worse, it would be a movie role. If its me, the way I would have kabashed over this dream ehn, I won’t even say it out, so my village people will not hear, and capitalize on the dream ‍♀️.”

Benzz_zzy:”If na people like us wey no get money 7 days dry fasting”

Loveli_leo: “You need to pray ooooit’s not funny which one is Akara again not even shawarma or pizza ”

Cyrichlife: “If she is doing well already I mean financially, she has to pay attention and invest it properly if not her enemy will experience future hardship which is from grace to grass .. pray and be very intentional”.