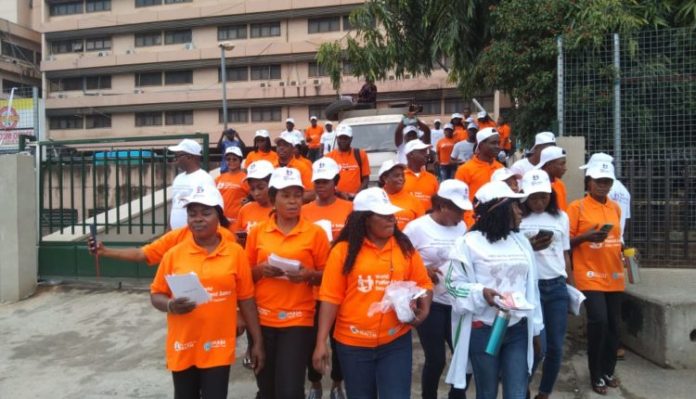 The Federal Government in collaboration with the World Health Organisation (WHO) has embarked on an awareness campaign to sensitise the public on the dangers of self medication and the rights of patients on medication.

Highlight of the campaign included a Health Walk on Saturday, September 17, 2022 in Abuja to commemorate this year’s World Patient Safety Day.

Speaking at the event, the Minister of Health, Dr. Osagie Ehanire warned against self medication, saying that it was good to be examined by healthcare professionals and diagnoses made so that the correct medication could be taken at all times.

The Minister who was represented by the Director and Head of Hospital Services, Dr. Adebimpe Adebiyi said, the sensitization walk became expedient to empower the citizenry to ask questions about the drugs they are given.

“We are sensitizing the entire populace that it is not enough for you to have headache and you go and grab Paracetamol or Panadol from the pharmacy. Although, it is an out of the counter medication but one still needs to know the underlying condition.

“What is giving you that headache? for some people, it may be what they don’t ever think of. It is good for you to be examined by healthcare professionals and diagnoses made so that the correct medication can be given to you.

“The walk is actually to sensitise the entire country and ensure that even the healthcare professionals too, carry out best practices not just the usual”, he said.

The Health Boss also stated that, there were regulatory bodies to sanction erring healthcare professionals who engage in medication error, therefore they should be reported.

“For example, at the Medical and Dental Council of Nigeria, there is an investigative panel and there’s a tribunal that tries cases of malpractice. Anyone found wanting, of course, will be sanctioned according to the law,” he stated.

On his part, Patients’ Safety Ambassador, Patient Safety Movement Foundation, Mr. Ehi Eden stated that medication error was one of the leading causes of death in healthcare, “as a matter of fact 50% of deaths in healthcare is from medication safety.

“A number of people have died and the case is under reported, what we are trying to do today is to create advocacy, awareness and engage stakeholders on possible ways that we can manage medication safety”, he said.

Furthermore, he explained that the essence of the Campaign was to enlighten patients about their right with regards to drug prescriptions: “we are empowering the patient, if treatment is about the patient, patient should be at the center of the conversation.

“It is your right to know what the name of the drug you are taking is, so if there are contraindications you should be able to know this was what I took. Because this concerns you, it is important you be at the center of this conversation, empowerment of patient and patient relative is very important”, Eden said.

Also, Prof. Stephen Abah, a Community Physician at the Federal University of Health Sciences, Otukpo disclosed that they were currently drafting a Patient Policy for Nigeria, adding that in a country like Nigeria where self medication is rampant, there was the need to educate people on the dangers inherent in the practice.

“The Bill of Rights for patients is one thing, but we need a policy to drive the action of regulators, government, individuals, stakeholders who would participate collectively to ensure that for every medication that you take anywhere in this country, there are rules and regulations guiding who gives it, how you take it and consequences for when you take it.

“Particularly when you look at the entire spectrum of consequences for medications that are taken wrongly, it’s something that WHO is taking very seriously and in our country, we are trying to domesticate some of the policies of WHO”, he said.