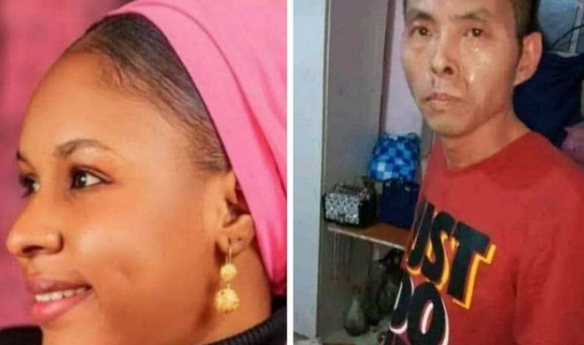 Operatives of the Kano State Police Command have arrested a Chinese national for killing his Nigerian girlfriend.

According to him, the Command, around 10pm on Friday, 16 September, 2022, received a report to the effect that one Geng Quanrong, a 47-year-old, Chinese national who resides at Nassarawa GRA Quarters, Kano, had gone to the residence of his girlfriend, identified as Ummukulsum Sani, aged 22, and with whom Quanrong had a misunderstanding.

In the course of the argument, Quanrong was said to have attacked Ummukulsum with a sharp knife, which he used in inflicting a deep cut on her neck and some other parts of her body.

Upon receipt of the report, Kiyawa explained, the Commissioner of Police, in the State, CP Abubakar Lawal, mobilised a team of policemen led by SP Ibrahim Hamma, the Divisional Police Officer (DPO), Dorayi Babba Division, to the scene.

There, the victim was found and rushed to Murtala Mohammed Specialist Hospital Kano, but was however confirmed dead by a medical doctor.

According to Kiyawa, the suspect was immediately arrested.

Meanwhile, CP Lawal has directed that the case be transferred to the Command’s Criminal Investigation Department (CID), Homicide Section for discreet investigation.

Maternal, Newborn, Child Health: We Are On Track -FG