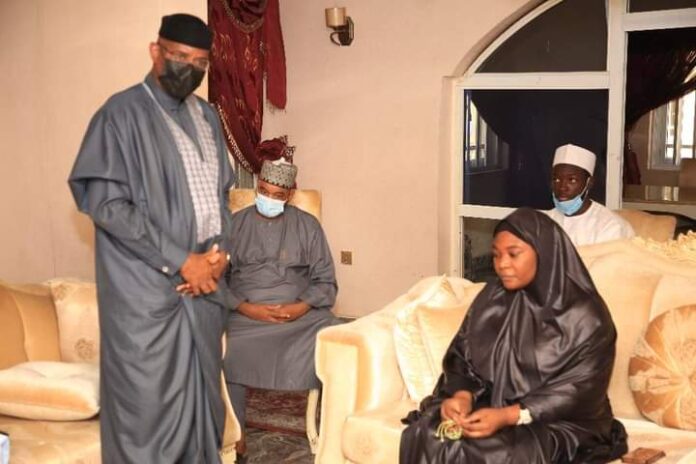 Deputy President of the Senate, Senator Ovie Omo-Agege, has explained that a successful outcome of the ongoing constitution review by the 9th Assembly would be an unforgettable tribute to the memory of the late Alhaji Ahmed Gulak who was killed in Owerri, Imo State while on national assignment.

Omo-Agege disclosed this on Thursday, when he led a delegation of the National Assembly leadership on a condolence visit to Hajia Jemila Gulak, widow of the slain lawyer and All Progressives Congress (APC) chieftain.

The deputy Senate president in a statement by his special adviser, media and publicity, Yomi Odunuga,described the  death  as a personal loss going by his deep and close relationship with Gulak spanning several years at both political and professional levels.

Omo-Agege, while disclosing that Gulak was one out of the three consultants that were in Owerri for the Constitutional Review zonal public hearing, assured the family members that the professional services of Gulak’s chambers would still be retained by the committee, assuring that everything would be done to cushion the effects of the loss on the family.

He said: “Before the unfortunate incident involving the demise of our friend and brother, we engaged him as a consultant to the committee and he had, on our mandate, gone to Owerri as one of three consultants to assist members of the committee that were sent to Owerri to conduct the zonal hearing.

“So, he had been there in his capacity as a consultant during this unfortunate incident that occurred. He was on national assignment on behalf of the National Assembly.

“We would have come to condole with you much earlier, but a lot of us here have very personal relationship with Gulak and for me, it was so many years with him and we find it very difficult to confront the fact that we have actually lost him.

“It is easy for others to condole and just move on but most of us are in denial and that is why we kept away until this time but it is something we must do. We cannot shy away from the fact that we lost him and we thought that as leaders of the committee, it would be proper that we come in today and condole with you.

“In the course of his services to us as a committee, he was everything we expected. He wasn’t there because of political relationships but in his capacity as a brilliant lawyer, apart from being the former Speaker of the Adamawa State House of Assembly and Political Adviser to former President Goodluck Jonathan.

“I knew him in terms of those capacities but more importantly that he was a member of my own legal profession where he excelled and finally, it was in that capacity that we engaged him into the committee. So, this is a very deep, personal loss to me, to all of us and frankly to the country”.

The Delta Central lawmaker said the best tribute the National Assembly can give the deceased is to ensure that the Constitution Review exercise meets the yearnings and aspirations of most Nigerians.

“He (Gulak) wanted us to have a very thorough, professional constitutional review job and I think that is the least we owe him and we are determined to ensure that his memory will be remembered at the end of the exercise.

“So, on behalf of the President of the Senate, I would like to extend our deepest condolences to the whole family. I want the family to know that we are always here; always feel free to stay close and don’t let his demise be the end of that relationship,” Omo-Agege added. 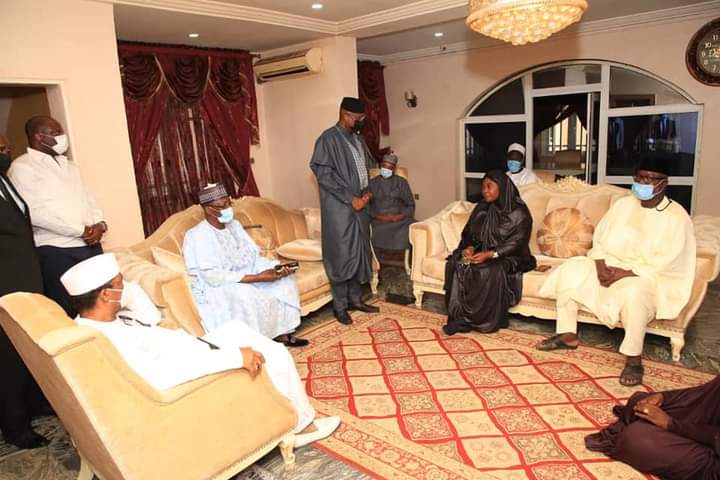 Speaking on behalf of the family, Senator Abubakar  Gada, a personal friend to the late Gulak, tasked the delegation on the need to assist the family and immortalise his name by ensuring that nothing is done to frustrate the outcome of the amendment of the Constitution.

His words: “We cannot use any words to express our appreciation and gratitude for this visit. It shows the importance and caliber of the person the nation has lost and the nation mourns his demise but we are submitting ourselves to the will of Allah.

“There is not much to say because the leader of the delegation, His Excellency, the Deputy President of the Senate has already spoken”.