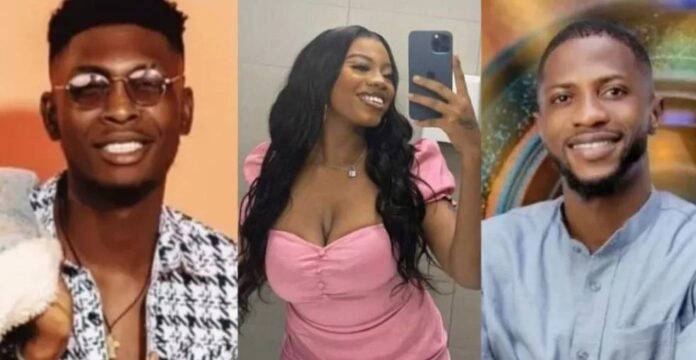 BBNaija ‘Shine Ya Eyes’ housemate, Angel, has revealed that she never liked Sammie.

She made this known while discussing with Kayvee.

Angel who is being admired by Kayvee and Sammie got into a verbal fight with Sammie some few days ago which led to name-calling on both parts.

Kayvee told Angel that he felt bad for coming between her and Sammie, but she reassured him that she never liked him from the start.

Kayvee expressed how horrible he felt after being caught in the middle of their “ship”.

In his words; “I am new here so I don’t know what the relationships are like. I don’t know what’s happening. I saw you and I liked you. I am the one who chose you – and it wasn’t the other way round, so it seems immature to me that Sammie is mad at you”

Responding to him, she said:“He was jealous so he gave me attitude the whole day. He called me a b***h and that hurt me, especially considering the fact that he knows I’ve been called names all my life. He says I jump from boy to boy. I guess he said it from a place of anger”.