Moments after awareness was raised about the whereabout of popular Instagram comedian, Cute Abiola, the Nigerian Navy reportedly confirmed that he is in its custody.

The skit maker who is also a naval officer was declared missing by some of his friends and family members on Wednesday, November 16th.

However, a press release by the Nigerian Navy said, the skit maker have been detained for violating the social media policy of the force.

The exact social media policy that the skit maker violated was not made known to the public.

“The young man was found to have breached the social media policy while he was on leave. So he was recalled, asked to come back, but he refused until he completed his leave which is a disobedience to particular orders,” Navy spokesperson, Commodore Suleman Dahun, told The Gazette.

The comedian was also arrested for breaking a similar policy in April 2020.

He was arrested for celebrating his birthday by posing in his official uniform on social media.

It was gathered that his action was punishable and could get him a very lengthy detention or dismissal from service. 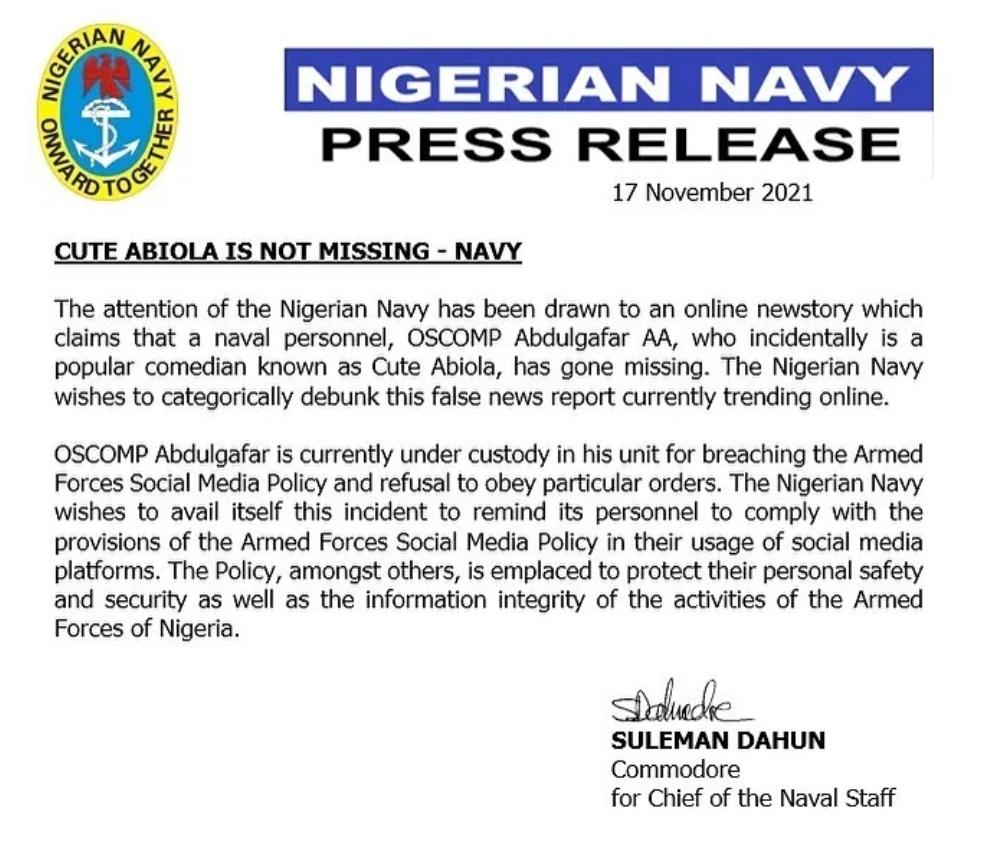 TETFund Waives Punishment For Indebted Lecturers Who Absconded From Conference