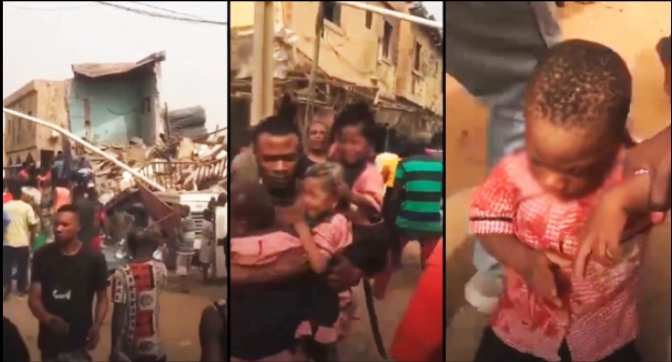 TheFact Nigeria had earlier reported the explosion in which several persons had been injured and some buildings affected.

According to Kiyawa, the Commissioner of Police, Kano State Command, CP Sama’ila Shu’aibu Dikko, on receipt of the report, immediately led the Command’s combined teams of Explosive Ordinance Disposal Chemical Biological, Radiological, and Nuclear Defence (EOD-CBRN) and Operation Puff Adder to the scene at a building located at No. 01, Aba/Court Road, Sabongari Quarters Kano opposite Winners Kids Academy.

The scene of the suspected explosion that led to a building collapse was cordoned off and four victims (3 Males and 1 Female) including a wielder, named Mr. Ejike Vincent, were removed and rushed to Murtala Mohammed Specialist Hospital Kano, where a Medical Doctor certified them dead.