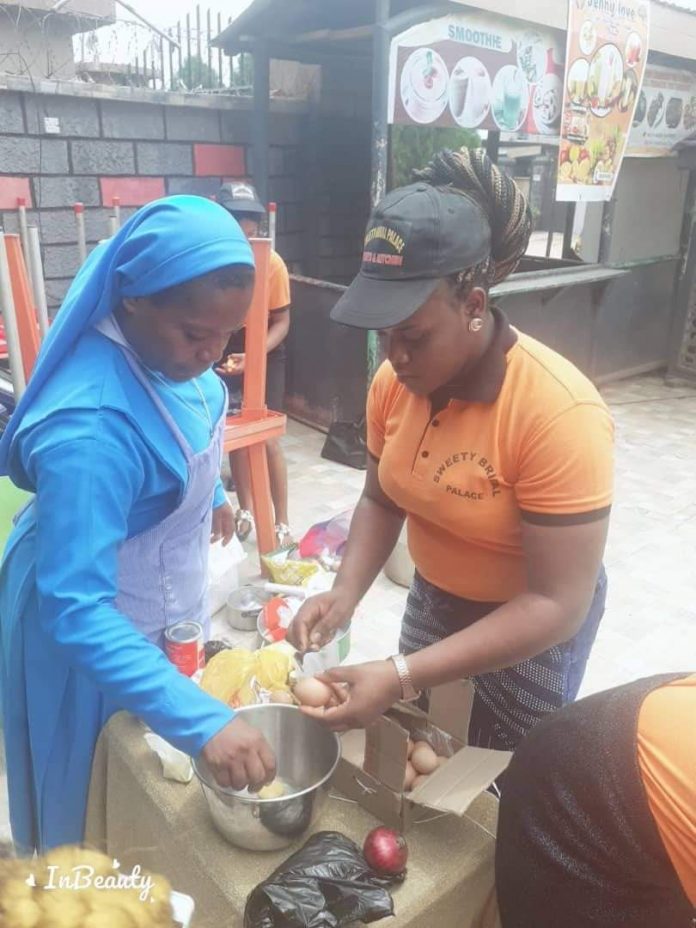 According to the NGO, the aim of the training was to teach the girls a positive alternative to earning, and strategically take their minds away from the odd job.

The NGO has been championing a novel campaign since September of 2021, to rescue young girls who are into commercial sex business, with major target being those operating in Anambra State.

At Club Roaf, Awka, formerly, popularly known as Abakiliki Street, the girls were taught how to bake cake and meat pie.

However, one thing that stood out from the training was the keen interest with which all the girls followed through the whole process, suspending their presumably busy schedules.

The NGO says girls who have shown genuine willingness to leave their current job would be assisted with further training of their choice and helped to start up.

The founder of Save Young Girls Motherhood Foundation, Reverend Sister Dorathy Okoli, in an interview, said that the purpose of the training was to equip the girls with basic knowledge of self-reliance, and help them begin a new phase of life by being more productive.

She maintained that the organization direly needs a rehabilitation home where the repentant girls could be kept to learn vocational training, after which they would be empowered, to help them become financially independent, and solicited support from the government, donor agencies and concerned individuals, to help the NGO in its activities.

Other members of the NGO, Mrs Uche Egbusi and Lady Obiamaka Akabueze, lamented the living condition of the girls, and stated that the training was crucial to help them change the current chapter of their lives.

They said the NGO needs every support it can get to give start-up aids to girls who have shown serious desire to begin a fresh life.

Some of the girls who participated in the training, said that it was the first time to have taken part in such training, and noted that the training would help them start up something different from their current job.     (ABS )