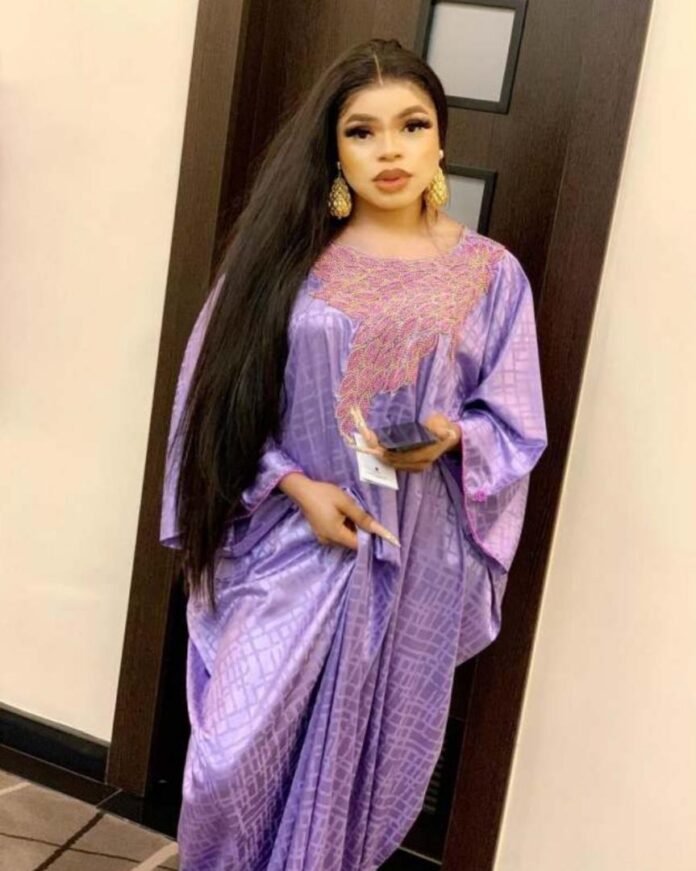 Popular controversial Nigerian crossdresser Idris Okunneye well known as Bobrisky, has shared a video of him flaunting his new surgically enhanced bum from the hospital bed.

The video comes few days after the male Barbie disclosed that he will be leaving the country for the Dominican Republic to undergo a Brazilian Butt-lift surgery.

So many social media users reacted to the crossdresser’s video. Some users described the surgical process as a great risk for Bobrisky while others who doubt the authenticity of the video believes that he’s lying and the bum is fake.

Social media users came up with facts against Bobrisky saying he is lying as no hospital gives butt pad immediately after the surgery.

They also indicated that an individual is not allowed to dress up as he did in the video.

Meanwhile, Instagram blogger identified as Gistlovers revealed that the popular male barbie did not leave Lagos for any surgery. The blogger further added that he’s currently at an undisclosed hospital in Lekki.

The blogger narrated that after Bobrisky was tested, he was advised to wait for two months before undergoing the surgical process because it could cause skin damage, and it could be risky for him.

However, it was heard that Bobrisky disagreed with the terms and signed all the necessary documents that states that no one should be held responsible if anything happens to him.