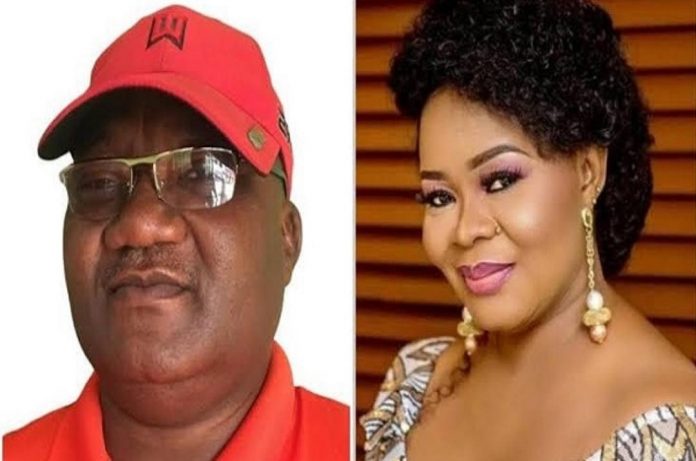 Popular Nollywood actress, Bimbo Oshin has lost her husband to the cold hands of death.

Before his death, Dudu Heritage was a music promoter who relocated from the United States to Nigeria to run a private business.

Ibadan Golf Club in a statement disclosed Ola Ibironke slumped at the golf club around 8:30 pm while he was out with his friends.

He was rushed to the hospital but was later confirmed dead as all efforts to resuscitate him immediately he slumped proved abortive.

While Consoling the deceased’s family, the Ibadan Golf Club stated that all its activities will be halted until further notice, and the Flag would be hoisted at half-mast.

Popular Nigerian media mogul, Dele Momodu also confirmed the sad news of his death via his Instagram page on Monday.

“The gentleman on the right in white shirt was with us on Friday evening… Last night, the news of his departure hit Nigeria like thunderbolt..”

“Bros, I saw your IG post with my Golf Capo on Saturday. I got called last night that he’s passed on. Dudu Ibironke!!!!! What a life. May his gentle soul Rest In Peace…” May the soul of DUDU “HERITAGE” IBIRONKE Rest in Peace…”

Is Digital Tourism a possibility in the Post Covid Nigeria?