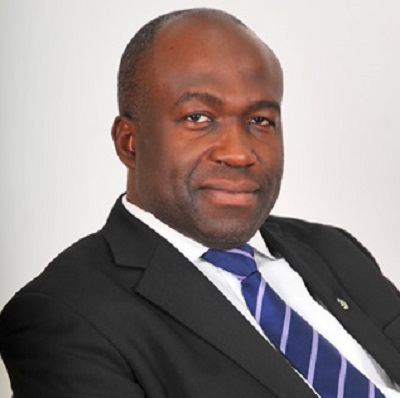 The Power Sector, the Honourable Minister of Power Engr. Sale Mamman, has announced the appointment of Dr. Nnaemeka Ewelukwa as the new Managing Director for the Nigerian Bulk Electricity Trading, PLC, NBET as the erstwhile MD, Dr. Marilyn Amobi proceeds on terminal leave.
A statement by the Minister’s Special Adviser on Media and Communications, Aaron Artimas said the appointment was in furtherance of the reorganization and realignments in the power sector.
Dr. Eweluka was the company’s General Counsel and Secretary until his appointment.
“He is to succeed Dr. Marilyn Amobi, as substantive Managing Director/CEO, while the former MD is to handover and proceed on terminal leave with immediate effect.
“President Muhammadu Buhari had earlier approved the recommendation to this effect,” he noted.
Dr. Ewelukwa, a lawyer comes to this position with over twenty years’ experience, spanning private practice, academics and the Power sector.
He is a specialist on privatization and legal energy reforms as well as a member of the Chartered Institute of Arbitration.
Ewelukwa had taken charge of the agency in December 2019 when the minister directed Amobi to step down and handover to the most senior official, while she was being probed.
Amobi was reinstated in January 2020 through a letter from Secretary to the Government of the Federation (SGF). The agency was also transferred to the Ministry of Finance, a move that was frowned at by power sector stakeholders.
By this announcement, The Fact learnt that the agency has been returned to the ministry of power, with the power minister exercising oversight alongside the Board members headed by the Minister of Finance, Zainab Ahmed.