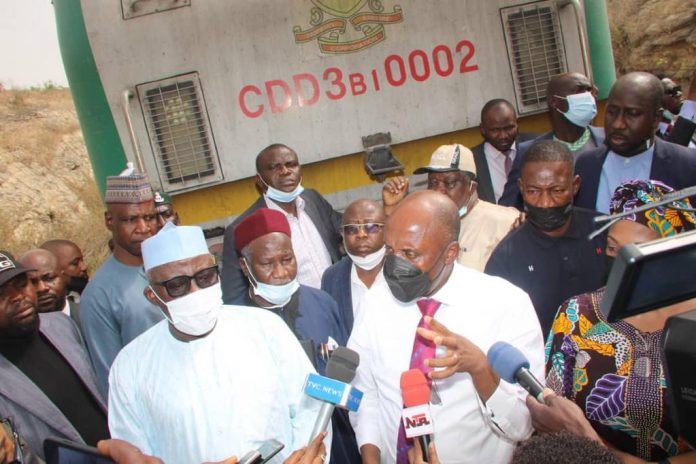 The terrorist attack on the Abuja/Kaduna train would have been frustrated, were there drones and other security sensors on the critical rail track.

Minister of Transportation, Rotimi Amaechi, made the claim on Tuesday during an assessment tour of the site of the incident.

TheFact Nigeria reports that a passenger train that took off from Abuja, was attacked by terrorists within the Kateri-Rijana general area of Kaduna, its destination.

Speaking during the visit, Amaechi lamented the process of acquiring security sensors, which he described as “tedious”.

“The process is tedious, the approval is also tedious, we have not been able to get that approval that will lead to purchase of those items.

”If those items were here, drones alone will tell you that there are people around the rail tracks because there are drones, there are equipment that pick sensors if you touch the track. 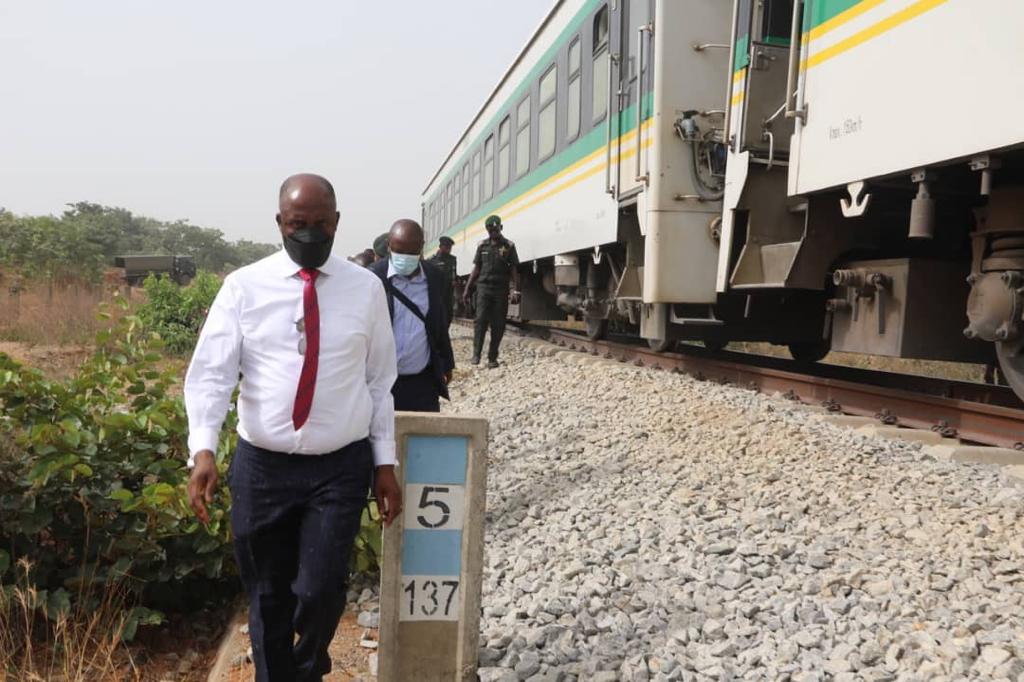 ”But unfortunately the process has not been able to get us that approval for us to import those items”, Amaechi noted.

The former Rivers State Governor further stated thus: “So for me, I am devastated and I honestly don’t know what to tell Nigerians anymore”.

Meanwhile, the minister has said that it was not enough to have cameras inside the train, even as he underscored the importance of having a hi-tech camera that would detect objects from a far distance.

His words: “The cameras in the train cannot pick what is happening outside. What you need is a camera that shows 100 metres away from the train, that there are unknown persons carrying gun.

”Then, we can take precaution, but we have done all we need to do in the ministry of transport and we have forwarded to them for approval but we have not gotten approval.

”The patrol vehicles are available but they cannot reach everywhere. For the areas the patrol can patrol, it will forestall.