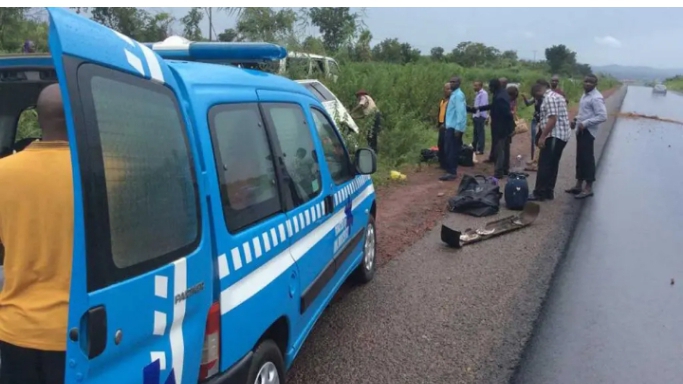 No fewer than fiver persons have lost thier lives in a road mishap that occured in Bauchi State on Sunday.

The Sector Commander of the Federal Road Safety Corps, (FRSC) in Bauchi State, Yusuf Abdullahi, who confirmed the incident, Monday, 20 December, said five others sustained injuries as a result of the accident.

TheFact Nigeria gathered that the accident which involved a Sharon bus with plate number DRZ 887 XA, belonging to the National Union of Road Transport Workers, NURTW, and one trailer truck, happened along Darazo-Bauchi road at 10:00 p.m.

Abdullahi attributed the accident to obstruction, and explained that 10 people, all makes, were involved in the crash.

“The Sharon bus carrying the 10 passengers ran into a stationary trailer truck and five of them died while five others sustained series of injuries,” he said.

The FRSC boss in the State said that his personnel had cleared the obstructions at the crash scene, adding also that the corpses of the deceased had been taken to Darazo General Hospital for identification. The injured, he said, had also been taken to the same hospital for treatment.

While pleading with motorists to always be conscious of all traffic rules and regulations as well as weather conditions before embarking on a journey, the Sector Commander averred that FRSC will remain on the roads across the state to ensure that users abide by and observe all the road traffic regulations.

“Anybody found guilty will not be spared, no matter his or her status,” he said.

The Sector Commander had earlier disclosed that eight people also lost their lives in another fatal crash in Goltukurwa Village along Dass-Bauchi road at 9:30 p.m on Saturday, 18 December. According to him the accident, which involved an Opel Vectra car and one Tipper Mercedes was as a result of ‘overloading’, speed violation and head-on-collision.

US Gov’t, Customs Pledge To Partner On N133bn Consulate Project