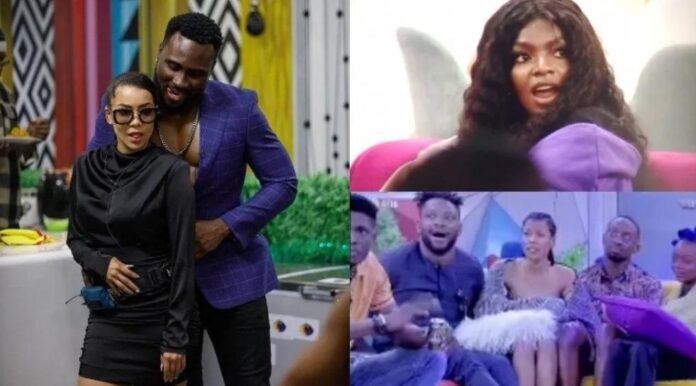 Big Brother Naija host, Ebuka revealed to the housemates who the wild cards are.

Recall that Biggie explained to the housemates that if they fail to reveal the real identities of the wild cards the two of them would have a nomination edge.

However, the housemates picked Liquorose and Jaypaul as the wild cards instead of Pere and Maria.

Only White Money nominated one of the wild cards correctly.

When Ebuka revealed the identities of the two wild cards, the housemates were very surprised because they never thought that Pere and Maria were the wild cards.

Some said they guessed it was Pere but they didn’t notice Maria.

While others hugged the wildcards and congratulated them.