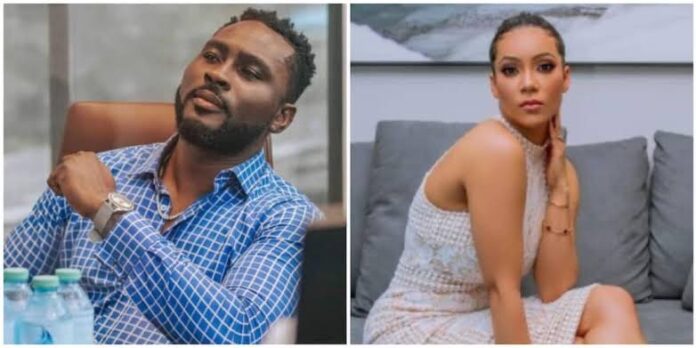 Pere and Maria were revealed during the diary session.

After Maria was revealed as the Wildcard, she explained that it was difficult for her to hide the fact that she is the wild card in the house.

When asked how well she is acting, Maria said she is struggling.

She explained that she is not a good actress and it’s not been so easy.

“Biggie, I will not lie, it has not been easy. I keep lying and honestly it’s difficult.

“I think I’m doing a good job even though its fifty-fifty chance that they won’t find out I’m one of the wild cards.

“I was shocked when you announced there was another wild card. I thought they knew me but I just said to my self if I don’t know them then they don’t know me.”

However, Pere is of the opinion that he is acting well as the wild card to the best of his knowledge.

He told Biggie during his diary session that he tries to engage in conversations about the wild card so that no one will suspect he is one.

He also revealed that he suspects Maria is the second wild card.

He said:
“I’m playing the game to the best of my knowledge”

“I try to engage in more conversation about the wildcard. I feel if every housemate is concerned about who the wild cards are.”

“And if I engage more they won’t know I am the one.”