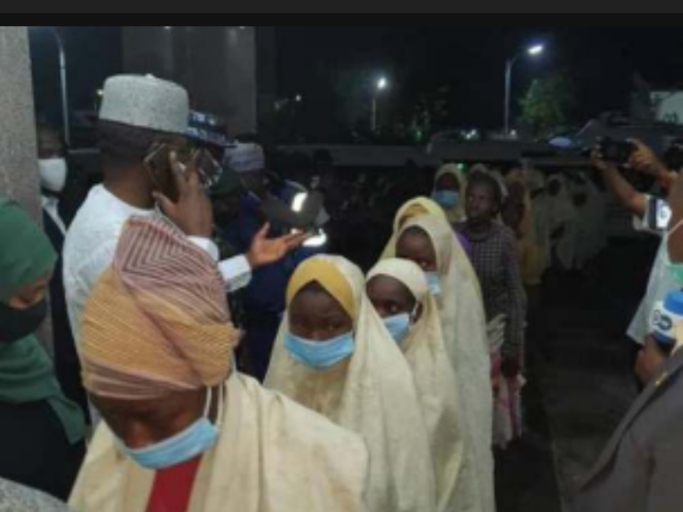 The abducted students of Government Secondary School Jangebe have been released in the early hours of Tuesday, the Zamfara State Governor, Bello Matawalle has announced.

Matawalle posted on his Twitter handle as flows: ” It gladdens my heart to announce the release of the abducted students of GGSS Jangebe from captivity. This follows the scaling of several hurdles laid against our efforts. I enjoin all well-meaning Nigerians to rejoice with us as our daughters are now safe.”

TheFact Nigeria reports that he freed students were received at the Government House in Gusau, the state capital by the Governor as early as 4am Tuesday morning.

Governor Bello Matawalle had, on Monday, briefed President Muhammadu Buhari at the Presidential Villa on the issue.

It is also noted that the governor, on Sunday, revealed that the state knew those behind the kidnapping.

It is not confirmed whether all the girls kidnapped were released as some reports say that 279 out of the 317 schoolgirls have been released.

“Only Kanu’s Release Can Calm Us Down” – Unknown Gunmen

"The Fact" is an Online News Media published by The Fact Nigeria Limited in January, 2020 to address the issue of Fake News by promoting objective reporting. As an independent and non-partisan group, the outfit has adopted an unbiased and investigative style of reporting to deliver complete and factual stories. As the mouthpiece of the vulnerables, the paper is out to check the activities of the powerful by holding them to account through credible, original and illuminating reports.
Contact us: th[email protected]
© Copyright 2021 - TheFact_NG
%d bloggers like this: