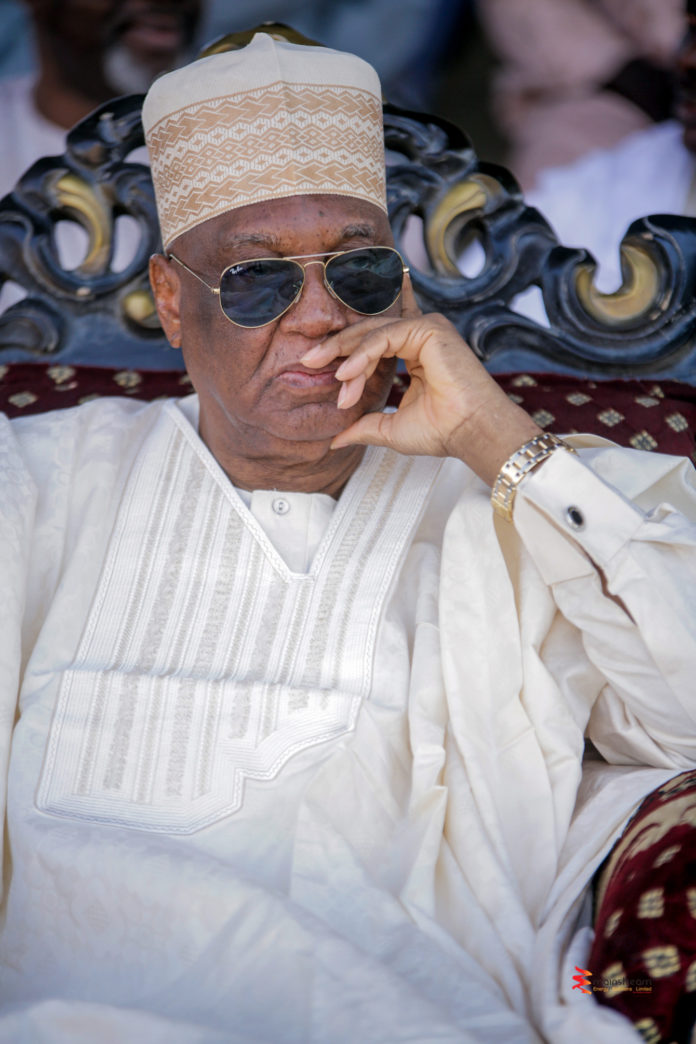 Colonel Sani Bello (Rtd) is the Chairman, board of directors of Mainstream Energy Solutions Limited (MESL), concessionaire for the Kainji and Jebba hydropower plants in Niger State. In this interview, Col. Bello  spoke about the implications  of the calls to reverse the gains of the power sector privatisation and what government should do to support the sector especially the Generation Companies (GenCos).

What is your view about stakeholders’ stand on the power sector privatisation?

Some Nigerians said the 2013 power sector privatisation was a cronies’ affair but that is not true. Some also said it was handed over to the private investors freely but that is not true. When the federal government decided to privatise the power sector from 2011, it decided to go on a road show to attract local and foreign investors from Abuja to Lagos, and they went to London, they decided to go to New York and Dubai. That was decided to allow people to know what is happening and to attract investors. Our company followed this to Lagos, London and Dubai to show our interest and we brought some of the best consultant like Mercado for us to be able to bid in the best way for the plants. We bid and won for the power plants. We were told that we are going to be paid 100 percent capacity that whatever we generate and put on the grid we will be paid for it, but we do not control what is put on the grid. It is the National Control Centre that determines that.

Since the 2013 privatisation, how has MESL transformed the power plants?

What were the specific agreements that government needed to fulfil to boost the performance of the GenCos?

The federal government promised to pay us 100 percent capacity. That means now that we have 922MW capacity, even if it’s zero capacity that is put on the grid, we will be paid for the 922MW capacity but that is not the case now. Secondly, they promised to give us a Partial Risk Guarantee (PRG) to cover security for our operation but that did not come, so we are to manage our risks. Thirdly,, the promise to pay us our invoices within 45 days and that is not being done.

We are always getting paid in 90 days, and even if we get paid, we don’t get the full payment for our invoice. For instance in 2019, the highest we received 28 percent and the first invoice paid in March was just 11 percent. So you can see the problem because it is not enough for us, and I wonder how those that operate the thermal plant who rely on gas cope.

The national assembly said the power sector has not improved. Do you think that is true?

I don’t want to comment on distribution, because as at now, my interest is in generation because I am not into power distribution. When people complain about the power sector, it is very important that they differentiate between generation companies and distribution companies. When they said generation is given any money by government, they are being paid for the services they have already rendered, the power they have generated and is consumed.

Nigerians say the N1.7 trillion the federal government injected in the sector is a bail out. Do you agree?

It is a bail out for power because the bottom line is that the DisCos collect money from the customers and remit to the Nigerian Bulk Electricity trading Plc (NBET) who then in turn pay to the GenCos for energy. But because the collection is poor, the amount of money being collected by DisCos from customers to NBET is low, government came in to support so that they will be able to get some money. If the government had not supported the DisCos and indirectly, the Gencos, by now the power sector would have collapsed. This is because DisCos are supposed to pay 100 percent revenue and fund the operations of the Gencos but they never did. So the government is supporting the DisCos so they can pay the GenCos.

Your hydropower firms generate the cheapest energy but their energy is not fully dispatched. Why is this so?

It is true we generate the cheapest energy but we are not responsible for dispatching energy to the national grid from our plants, the National Control Centre (NCC) of the Transmission Company of Nigeria does this. Of the 922MW which we have the capacity today to put on the grid, we hardly ever at any given time put more than 650MW on the grid. Every day, we have stranded capacity of over 300MW and that means we have stranded capacity that cannot be put on the grid and utilised by customers so we are losing money every day and in a month, it is over N2 billion.

Today we have lost over N17bn due to ramp down of energy we put on the national grid which was not taken since the time we took over. We have the machines running and the NCC said we should ramp down on it. Since they could not take all the 922MW, it means we are losing money and Nigeria is losing cheap energy. Being the cheapest and knowing that we put enough power on the grid, we should be dispatched, but we don’t control the NCC.

You have invested so much in running the hydropower plants. What has been the strategy?

First and foremost, I think it is the commitment of the staff because we are all committed to this job. From the executive management to the management and the staff, everybody seems to be keying into the business because it is the business of all of us. We have done a lot of investment in terms of maintaining our plants. We have invested about N14bn on Capital Expenditure (CAPEX) and operational expenditure (OPEX) since we took over after the privatisation in 2013 in the upkeep of the plants, and that is not small money. We are also planning to expand on the four empty pits we have in Kainji to increase the capacity. If not because of the COVID-19, this year, we would have started working on two of them.

What is your advice to stakeholders especially the legislators on solving the power sector challenges?

The legislators need to know more about what is happening in the power sector and they need to ask questions and get involved. It is not very nice for them to stand a loaf and stand passing judgment because so many things could go wrong. As at today, NBET which is the federal government is owning us over N100 billion in power generated but not paid. The fact that we are still able to move on and ensure that things are done for the interest of the Nigerian consumer, it has to be recognised.

Since we took over, we have spent over N2bn for corporate social responsibility (CSR) in the two dam site areas where we operate covering Niger, Kogi, Kwara and Kebbi. More so, government should come forward to tell the legislators that some of the things they are saying is not so. The international community may become uncomfortable when they hear about constant mention of the reversal of the power sector privatisation and any other sector. When you want to attract investors, the kind of policy summersault we have for now is not good for Nigeria.

What are the foremost challenges in the power sector that you want them fixed?

It is very important that some of these problems in the power sector are looked into. The first one is the issue of foreign exchange (forex). It rose from N157 when we took over to about N400 to a dollar. How can we continue like that because we still pay our concession fee based on $50 million per year. It is not good for our business if the dollar continues to appreciate against the naira, with oil prices coming down, and with the effect of the Coronavirus, COVID-19 pandemic in Nigeria.

The tariff has not also significantly changed and even if it does, the consumer cannot pay. The Multi Year Tariff Order (MYTO) 2 came up in 2016. Now the Nigerian Electricity Regulatory Commission (NERC) has agreed to revise the tariff from July, we are waiting and hope that it will work to improve the tariff of the power firms.

We also urged the government to liberalise the power sector to make the sector commercially viable. Too much regulations and regulatory controls are not good for the sector. We have the cheapest electricity to consumers in West Africa and we have not gone beyond that. If the sector is liberalised, we can sell to even international customers. One of the agreements we signed during the concession and the PRG was that NBET will collect the money for five years and we will now be on our own but we have not reached that as we are still under NBET, who pay us just little of our invoice. But if they allow us to sell power to DisCos directly many will pay 100 percent before I discharge power to them.