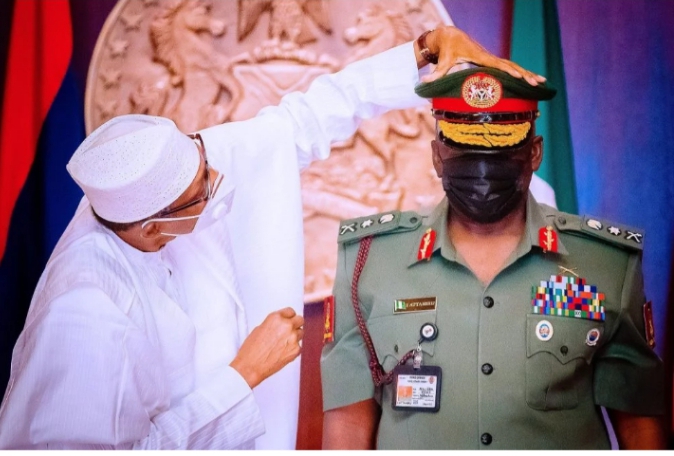 The late Attahiru, along with ten other other military officers, died in a plane crash Friday evening, near the Kaduna airport, while on official trip. They were buried on Saturday.

Among the deceased were the Chief of Military Intelligence, Brig-Gen. Kuliya, and Provost Marshall, Brig-Gen. Olayinka.

However, Ali-Keffi, a Nasarawa indigene, is not among the most senior Army officers. There are more than 30 Major Generals above him.

At a time Nigeria is at war with terrorists and bandits, President Muhammadu Buhari is not expected to allow dozens of Generals to retire in one fell swoop.

A top military officer disclosed that several factors are considered for the appointment of service chiefs beyond seniority.

“The President has the discretion to appoint anyone he wishes, or probably a nomination from the Minister of Defence. Apart from seniority, officers considered must be grounded in military operations and intelligence”, he said.

There are other officers being appraised.