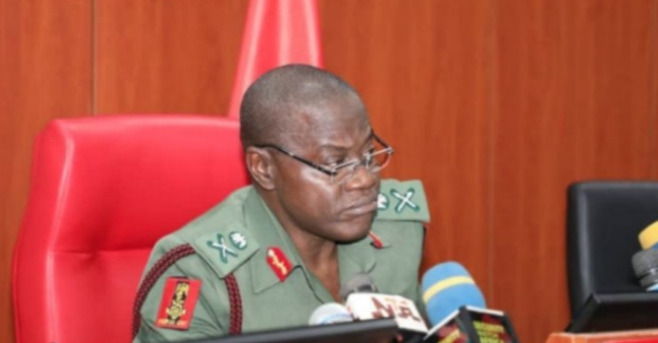 Yahaya is to appear before the Joint House Committee on Defence and Army, respectively chaired by Babajimi Benson and Abdukraq Namdas.

Thefact Nigeria had reported the appointment of Yahaya by President Muhammadu Buhari on 27 May, 2021, to replace former COAS, Lt. Gen. Ibrahim Attahiru who died in a plane crash in Kaduna on 21 May.

President Buhari had written to Senate President Ahmed Lawan to expedite his request earlier made to the Senate to confirm Yahaya as the COAS.

Before his appointment as COAS,, Yahaya was the General Officer Commanding 1 Division of the Nigerian Army and the Theatre Commander of the Counterterrorism/Counter Insurgency military outfit in the North East code-named Operation HADIN KAI.

Yahaya, who was born in Sifawa, Bodinga Local Government Area of Sokoto state, is married and blessed with children. He belongs to the Regular Course 37.