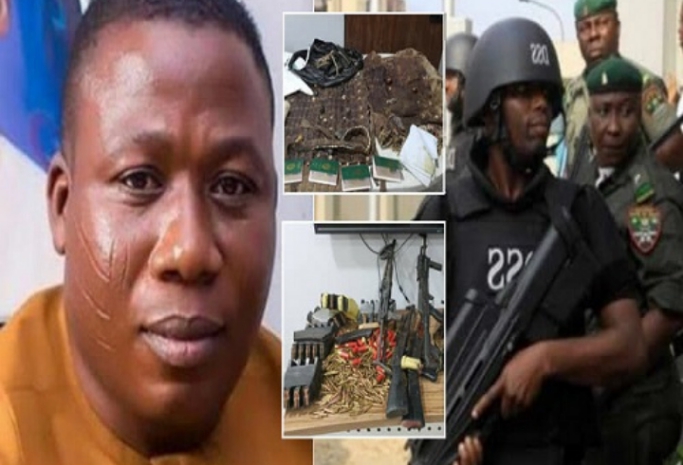 An Oyo State High Court has directed the Department of State Security, DSS, to pay N20 billion to Chief Sunday Adeyemo, aka Sunday Igboho, for unlawfully invading his Soka, Ibadan house on July 1.

Justice Ladiran Akintola who awarded the sum, it was gathered, did so as exemplary and aggravated damages against the secret police in the suit filed by Igboho in which he was seeking N500 billion in damages for the invasion.

TheFact Nigeria had reported the 1 July invasion by operatives of the State Security Service, SSS, of the home of the self-styled activist. According to the Service’s spokesperson, Peter Afunanya, the operation had been carried out following an intelligence report to the effect that Mr Igboho “was stockpiling arms to cause unrest.” Afunanya had further confirmed that two of Igboho’s guards were killed in gun battle with the security operatives.

The court also declared the invasion illegal and tongue-lashed the DSS for acting based on what he described as “arbitrary aggression and prejudices” arising from his agitation for the Yoruba nation.