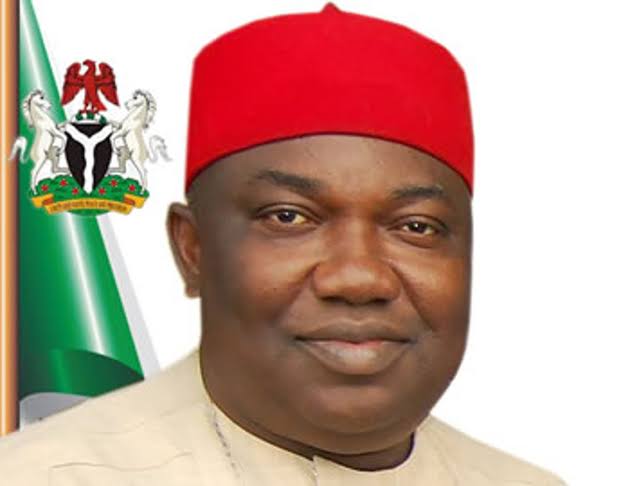 Following the recent outbreak of yellow fever which claimed more than 50 lives within some community in Igbo eze North Local Government Area of Enugu state youths of Ette community and stakeholders have calls His excellency, Rt. Hon. Ifeanyi Ugwuanyi to extend his stewardship to the community to forstall future occurrences.

According to Comrade Dannis Ewaoche Ufene convener, Ette Youth Advocacy for Change, it can’t be logical or excusable reason why the community has experienced decades of government neglect and with the recent death of young people in the community which the State Ministry of health has confirmed to be Yellow Fever infection which has claimed more lives in Ette and other neighboring communities within the Local Government.

In order not to regale the public with the stories of Ette history and struggle, Ette community which is part of Igbo Eze North LGA of Enugu state sadly have not received enough attention from Federal, State and Local government of any serious functional government provision or facility, and this has left her people in a hopeless and backward state.

How do you explain a situation where all neighboring communities surrounding Ette having well equip Medical centres with adequate personnel to respond to cases of health emergency, schools, police station, road, water and at least a functional Modern market that will boast the socio-economic wellbeing of the community? but that responsibility of government at all levels stops at the boundary of Ette from Umoupu, a neighboring community.

At the moment, scores of people have died in Ette due to an outbreak of yellow fever illness, according to a press release on the 5th of November 2020 by the Enugu state ministry of health stated that “the state ministry of health rapid response team has visited the Igbo Eze North LGA of Enugu state and met with the LGA response team. On the spot check and find a possible measure to mitigate the outbreak.

investigation have revealed a number of deaths from an illness with symptoms suggestive of a disease of public health importance. Samples have been collected from patients and sent to the national reference laboratory.

The National Center for Disease Control (NCDC) has been informed and are collaborating with the Enugu state ministers of health at the LGA to investigate and control the reports.”
We thank the Enugu state government for their prompt response and will want to advocate that an urgent measure be put in place to prevent more infections and deaths.

One cannot turn a blind eye to the laudable strides of the current government of Enugu state under the able leadership of His excellency, Rt. Hon. Ifeanyi Ugwuanyi’s administration.

Ette community is by virtue of its location under Igboeze north LGA of Enugu state – even though it shares boundary with Kogi state and predominantly Has idoma, Igala and Igbo speaking population, we want to appeal to the Governor to extend his good plans to the people of Ette.

If Enugu state is in God’s hands, then Ette must benefit in the Ifeanyi Ugwuanyi’s administration’s achievements, the speedy completion of the road project that stops at Umoupu will positively impact on the wellbeing of our people and restore confidence that Ette people were not neglected.

The community should also benefit from the distribution of “Africa inputs to 2,000 vulnerable farmers which was flagged up on November 6th 2020.

The security of life and properties of Ette people should also be considered at this time, because at the moment there isn’t any police post in Ette.

Ette community should also benefit from “Gov. Ifeanyi Ugwuanyi administration’s health care agenda for rural populace” if it is truly focused on providing quality, accessible and affordable health care services in the rural areas which Ette community also fall into.

At the moment, the few health care centres in Ette community have no capacity to respond to emergency health issues due to inadequate manpower and lack of modern equipment’s. The hospital in Enugu-Ezeike is too far from Ette that houses more than 33 communities.

The people of Ette can see the great work the government of Enugu state is doing in terms of providing good roads in all parts of the state, the road to Ette is in a deplorable condition and is begging for the intervention of the state government.

If health issue such as yellow fever and other infectious diseases must be tackle effectively, the need for the provision of clean drinkable water must be given urgent attention.

In this 21st century, a community like Ette will still depend on rain water which will be stored in a reservoir from season to season will not guarantee a healthy life.

You need to see Ette centre when is raining. No drainage system to channel all the water that is coming from other communities, how can you prevent mosquitos in such kind of an environment and the Local government never see the need to do something about it.

Ette Youths Advocacy for Change is calling on all stake holders to speak to the Enugu state government, Federal Government and the International Community to carry Ette community into God’s hands like other communities in the state.

We call on all Indigenous People of Ette to sink their teeth into advocating for a better life for our people, we must jettison everything that hasn’t taken us to where we desire to be and join hands with the government to protect public asset and support government effort to end this death waves for the good of the state.

We commend His excellency, Rt. Hon. Ifeanyi Ugwuanyi for his visionary leadership and pray that the enablement to alleviate the sufferings of Ette people will be on the front burner of his agenda for the state.