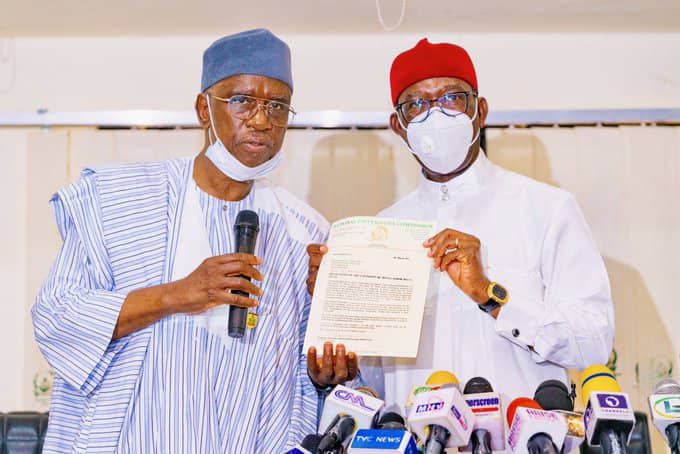 With the approval of three new universities by the National Universities Commission, (NUC), Delta State has crossed the final hurdle in its quest to providing tertiary education to its citizens.

This approval may have placed Delta State in the league of states in Nigeria with the highest number of Universities.

This was revealed on the official Twitter handle of the Peoples Democratic Party, (PDP) on Friday evening.

Among the pictures posted were the Delta State Governor, Dr. Ifeanyi Okowa displaying the certificate of approval

@OfficialPDP wrote: “Today, with the National University Commission’s approval of our 3 new universities, we crossed the final hurdle in our quest to broaden #AccessToEducation for our people.”

NUC’s Executive Secretary, Abubakar Rasheed  gave the approval when the Delta State Governor Dr. Ifeanyi Okowa, led a delegation from the State to the NUC headquarters in Abuja to present strategic documents of the universities