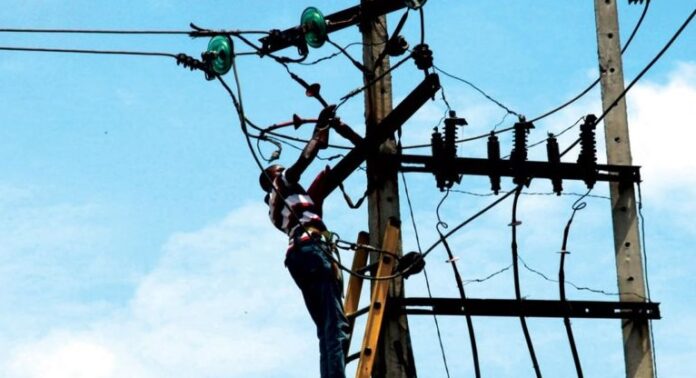 The DisCos disclosed this in a statement by the Association of Nigerian Electricity Distributors (ANED) on Thursday. According to the Executive Director, Research and Advocacy, Barrister Sunday Oduntan, over 40 percent of electricity consumers do not pay their electricity bills, while indulging in illegal connection of electricity.

The DisCo operators who were present at the recent public hearing in Abuja by the Senate Committee on Power, said these challenges form the major part of the DisCos’ Aggregate Technical, Commercial and Collection (ATC&C) losses, as they called for effective legislation against energy theft to safeguard revenues and improve performance in the power sector.

“There is a need for effective legislation by the National Assembly to checkmate energy theft in the country as the practise is costing the power sector billions of Naira monthly. The power sector is currently grappling with a liquidity shortfall of over N1.5tn occasioned by a combination of adverse conditions among which is the high rate of energy theft.

“Recently, one of our members had to publicly declare how much they are losing monthly from energy theft. They lose N3bn monthly. That is a lot of money and this is from people who illegally bypass their connections, those who take energy from the grid without paying as well as those who engage in acts of vandalism,” he said.

In a presentation by the Discos during a Senate Public Hearing earlier this week, the DisCos showed an instance where out of N27.7bn only that was billed for energy consumed in 2019 by unmetered customers, only N5.2bn was recovered.

Oduntan said, “On average, each DisCo loses about N3 billion every month on these challenges and for the 10 DisCos who are our members, the monthly losses are over N30bn. The DisCos are struggling to improve revenue collection but there are over 40 percent of their customers that hardly pay for the electricity that they consume. Some of them are involved in the bypassing of meters and even outright energy theft.

“The sector cannot continue like this. There is no sector in the world where criminal acts affecting critical sectors are not given special treatment. Until people know that there are penalties for the specific crime of energy theft, this is not going to stop.

“On the part of the DisCos, we are working hard to ensure the availability of meters so that there is greater transparency which will certainly build customer confidence. However, this has to be complemented by specific legislation. Everywhere you go today, the incidences of meter bypass is rife. If people are metered and they still steal energy, it shows you that the problem is not entirely availability of meters. There is a mindset that stealing electricity is okay and that needs to be corrected through the enactment of appropriate legislation”, Odunatan added.

The association noted that the non-payment for electricity got worse after the COVID-19 lock-down began from April 2020 with the DisCos losing an average of N500 million a month in revenue because customers were insisting on getting free electricity.

ANED said the DisCos are collaborating with security agencies and the judiciary towards enforcing actions that could deter energy theft.  It further urged them to be more patriotic by stopping all forms of energy theft, and helping the security agencies to nab those who engage in such illicit acts.