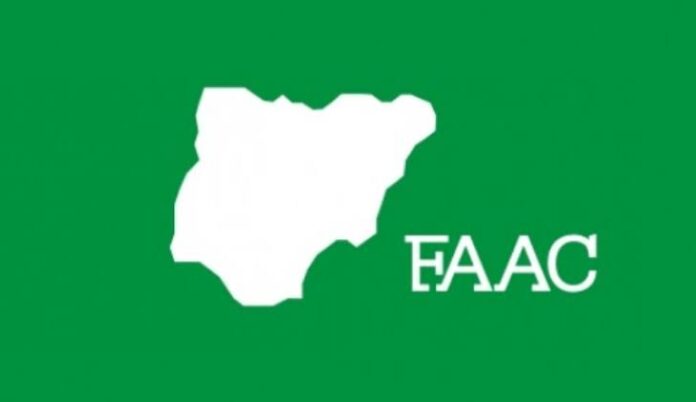 The Federation Accounts Allocation Committee (FAAC), today at its meeting chaired by the Permanent Secretary, Federal Ministry of Finance, Budget and National Planning, Alh. Aliyu Ahmed shared to the three tiers of government, a total sum of N604.004 billion as federation allocation for the month of October 2020.

The communique issued by the Federation Account Allocation Committee (FAAC) at the end of the meeting, indicated that the Gross Revenue available from the Value Added Tax (VAT) for October, 2020 was N126.463 billion as against N141.858 billion distributed in the preceding month of September, 2020, resulting in a decrease of N15.395 billion.

The distribution is as follows; Federal Government got N17.642 billion, the States received N58.805 billion, Local Government Councils got N41.167 billion, while Cost of Collection/Transfer and Refund got N5.059 billion and Allocation to NEDC project received N3.794 billion.

The communiqué further disclosed that the total revenue distributable for the current month was augmented with the sums of N72.000 billion, and N7.392 billion from Forex Equalization and FGN Intervention respectively, including an augmentation of N20 billion from the Stabilization Account because of low revenue which is to be shared accordingly to the three tiers of government, bringing the total Distributable Revenue to N604.004 billion.

No fewer than 40 persons have been arrested by the Nigeria Police Command in the Federal Capital Territory (FCT), in connection with various alleged...

…Cautions Against Hoarding, Panic Buying Contrary to speculations of imminent increase in the price of Premium Motor Spirit (petrol) in the country, the Nigerian National...

The Attorney General Alliance Africa in collaboration with the Securities and Exchange Commission, is organizing a webinar from 2nd to 3rd March 2021 with...

A police officer has dragged authorities of the Nigeria Police Force NPF to court for not being promoted in the last 14 years. The petitioner,...

The President, Muhammadu Buhari, would  perform the groundbreaking ceremony for the Eastern rail corridor on 9th March, 2021. The Minister of Transportation,  Rotimi Ameachi made...