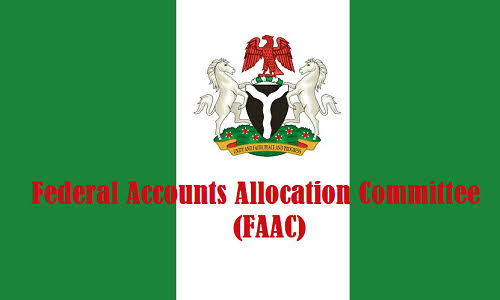 The Federation Accounts Allocation Committee (FAAC) has shared a total of N681.33 billion as March 2021 federation revenue to the Federal, States and Local Governments Councils and relevant Agencies in the country.

In the month of March 2021, N154 billion was transferred to the non oil revenue savings and the balance in the Excess Crude Account (ECA) was $ 72.413 million.

This was contained in a communiqué issued at the end of the virtual meeting of the Federation Account Allocation Committee (FAAC) for April 2021.

The gross statutory revenue for the month of March 2021 was N466.687 billion, Value Added Tax (VAT) revenue was N181.712 billion and Exchange Gain was N2.931billion. The sum of N30 billion was added as augmentation, bringing the total distributable revenue to N681.330 billion.

The communiqué indicated that from the total distributable revenue, the Federal Government received N212.146 billion, the State Governments received N179.242 billion, and the Local Government Councils received N132.193 billion. The sum of N40.241 billion was shared to the relevant States as 13% derivation revenue, while the cost of revenue collection, transfers and refunds was N87.507 billion. The N30 billion augmentation was also shared as appropriate.

From the gross statutory revenue of N466.687 billion available in March 2021, the Federal Government received N185.365 billion, the State Governments received N94.020 billion and the Local Government Councils received N72.485 billion. The sum of N40.028 billion was given to the relevant States as 13% derivation revenue and N74.788 billion was allocated to revenue collection, transfers and refunds.

PICs Directed To Clear Passport Applications Backlog By May 31