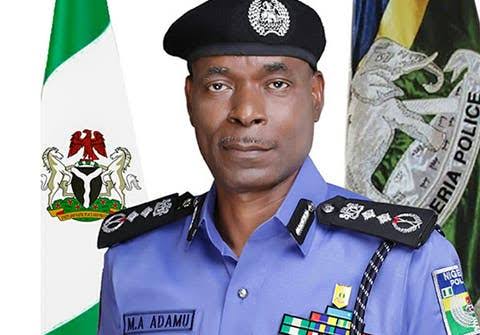 The Inspector-General of Police, IGP M.A Adamu, NPM, mni, has ordered the deployment of all legitimate force to protect lives and property of citizens including police officers and personnel of other law enforcement agencies and their families, and to prevent attacks on private/public assets from any violent person(s) or group(s) operating under any guise.

The IGP in a press statement released today and signed by the Force Public Relations Officer, DCP Frank Mba, restated that Command Commissioners of Police and their supervisory Assistant Inspectors-General of Police should resist all riotous elements forthwith and checkmate any form of violent/riotous protests in line with Section 33 (1) & (2) of the Constitution of the Federal Republic of Nigeria 1999 (as amended) which among other things provides for the use of such force as is reasonably necessary –
(a) For the defence of any person from unlawful violence or for the defence of property;
(b) In order to effect a lawful arrest or to prevent the escape of a person lawfully detained; or
(c) For the purpose of suppressing a riot, insurrection or mutiny.

The IGP affirms that the Force will not tolerate a repeat of the horrendous attacks and killings, arson and wanton destruction, and looting of public and private assets witnessed during the recent violent protests in some parts of the country.

He warns that the Force shall deploy the full weight of the law and legitimate force, if necessary, in preventing a reoccurrence.

Recall that in the wake of the ENDSARS protests and the violence that emanated therefrom, a total of fifty-one (51) civilian fatalities and thirty-seven (37) civilian injuries was recorded, while a total of twenty-two (22) policemen were gruesomely murdered and twenty-six (26) others injured by the protesters. Two hundred and five (205) police stations, corporate facilities and private property were attacked, burnt or vandalized.

The IGP assures law abiding citizens across the country of the Force’s renewed and unwavering commitment to their safety and security especially as we approach the yuletide. He calls for the collaboration and support of citizens in the ongoing reforms of the Force.