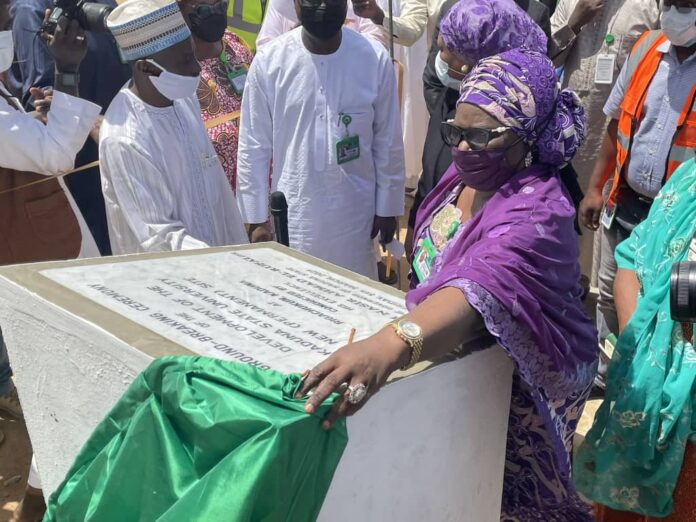 The Kaduna State government has performed the tground breaking ceremony for the permanent site of the main campus for the Kaduna State University, (KASU).

Information obtained from @GovKaduna, the official Twitter account of the Kaduna state Governor, Malam Nasir El’rufai said the governor paid tribute to past administrations in the state who founded the institution.

The Kaduna State Governor, El’rufai said that as part of his government’s stewardship of KASU, the institution was moved to its main campus in a more spacious place.

@GovKaduna wrote: “Deputy Governor
@DrHadiza has arrived in Rigachikun to perform the groundbreaking for the permanent site of the main campus of the Kaduna State University (KASU).

“We signal our commitment to enabling KASU to be at forefront of the revolution in higher education.

“We pay tribute to our predecessors who founded this university.

‘As part of our own stewardship of KASU, we have decided to move its main campus to this vast land in Rigachikun.”

In October 2020, the Kaduna State Government said preparation was onging to relocate the KASU to the permanent site along Zaria- Rigachikun highway.

Kaduna State Commissioner for Education, Malam Shehu Mohammed Makarfi had said this during the 2020 draft Budget ‎town hall meeting in the state.

The Commissioner explained that the relocation would provide more access to people of the states to be admitted into the institution and that construction was to commence on the site soon.