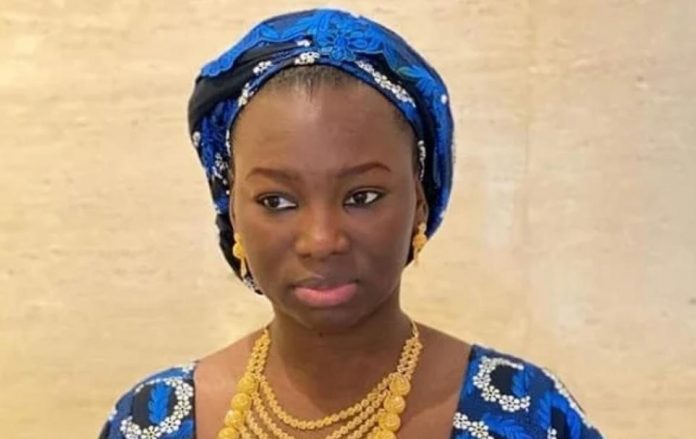 Jaruma sells “kayan mata” which are herbs or potions that enhances love and aphrodisiacs.

These herbs were initially common among married women who use it to spice up their sexual relations but now, it has been tagged online as voodoo-like herbs specially made for ladies seeking to attract rich men’s attention or “secure” their man as Jaruma claims.

Prior to this letter, Jaruma has been in a legal tussle with Ned Nwoko, the billionaire entrepreneur, over the product for the past three weeks

She was arrested by the police and charged for “criminal defamation”.

HURIWA wrote an open letter to the sex therapist. The group gave her 72-hour ultimatum to provide documents showing the regulatory approval for her product.

“We have observed with worries the controversies surrounding your business as a sex therapist and sales of a local aphrodisiac called kayan mata, which you claim are aimed at rescuing women from failed marriages,” the statement read.

“The evidence available seems to suggest that you are allegedly preying on impressionable women and as such has allegedly built an empire on the gullibility of desperate women.

“Can you contradict this allegation with empirical evidence and license from the Nigerian government?

“Allegations are rife of the use of voodoo and ‘juju’ dark magic alongside these products in order for your clients to successfully trap men and do their bidding after sexual encounters the male folk finds difficult to walk away from.

“Why is there a popular belief that your products can help young girls catch rich sugar Daddies? You have also portrayed that your ‘kayan mata’ which literally means a woman’s property is said to enhance love and intimacy and even make women receive expensive gifts from men out of inducement.”

HURIWA also cited Section 419 of the Criminal Code which states the punishment for love scams and false pretenses.

It further stated that Jaruma’s products are common among ladies seeking to win the hearts of married men and promoting adultery.

“Adultery is a criminal offence under the Penal Code of Northern Nigeria. Although adultery is not prosecuted under the Criminal Code, it provides for redress if a spouse can prove that adultery occurred,” it added.

“We are not aware of any approval from NAFDAC. As such, selling of unlicensed love potion subject to permitted conditions under national or regional regulation and legislation is a crime and punishable.

“Are your products accredited? We are giving you 72 hours from the date of this publication to go to the media and repudiate the alleged efficacy of your products with an apology to the men and women you have allegedly induced.

“Failure to do so, we may very likely take legal steps to force relevant agencies to rise up and do their duty.

“Unless you show that your Kayan Mata is certified fit for consumption by NAFDAC (National Agency for Food and Drug Administration and Control) and the federal competition and consumer protection commission (FCCPC).”