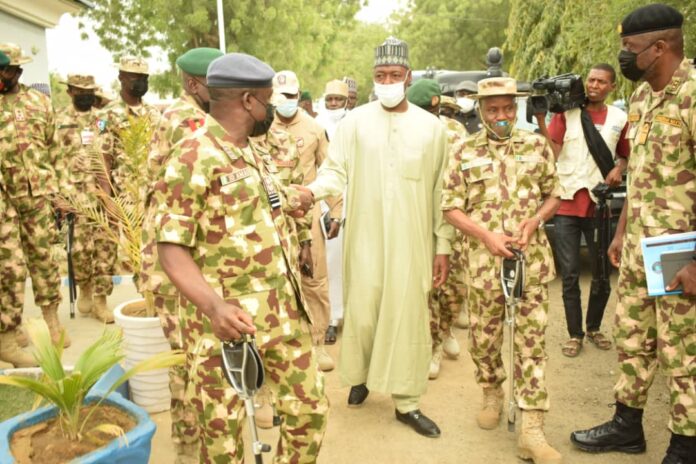 The Minister of Defence, Maj Gen Bashir Magashi (retired), accompanied by the Chief of Defense Staff, CDS, General Lucky Irabor, and other Service Chiefs, have visited Maiduguri on an assessment visit.

This was disclosed by the Army’s Public Relations director, Brigadier General Mohammed Yerima.

TheFact Nigeria reports that the Defence Minister and his team were received on Sunday 18 April,  at the Headquarters of Operation LAFIYA DOLE, OPLD, in Maimalari Cantonment, by the Theatre Commander, TC , Maj Gen Farouq Yahaya. 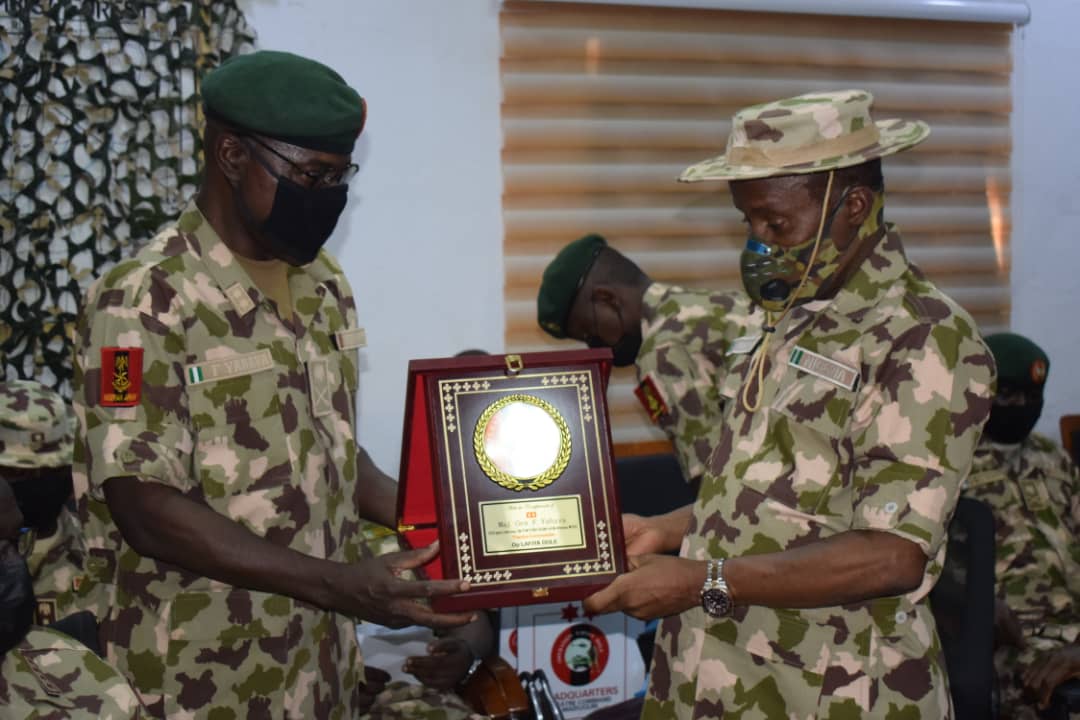 Maj. Gen. Yahaya lauded the sustained commitment shown to the operation by the Minister, CDS and Service Chiefs, and conveyed the gratitude of the troops for the Minister’s visit to interact with them.

He recalled the visit of the CDS and the Service Chiefs to the theatre  immediately after their appointments, noting that they had been paying regular visits since then. He explained that the Service Chiefs, apart from their collective visits led by the CDS, had also visited individually to ensure smooth operations.

The TC thereafter presented a detailed brief on the operation covering updates, deployments, challenges and projections of the operation.

Similarly, the CDS and Service Chiefs contributed in their remarks, while the minister, in his, conveyed the appreciation of Mr President for their efforts and sacrifices, assuring continued support for the troops, more equipment and other logistics to OPLD in ending insurgency and indeed other criminalities across the country.

The visiting team also paid a visit to troops wounded in action who are on admission at 7 Division Medical Services and Hospital, where the minister interacted with them and promised to support the various services to improve on the welfare of troops. 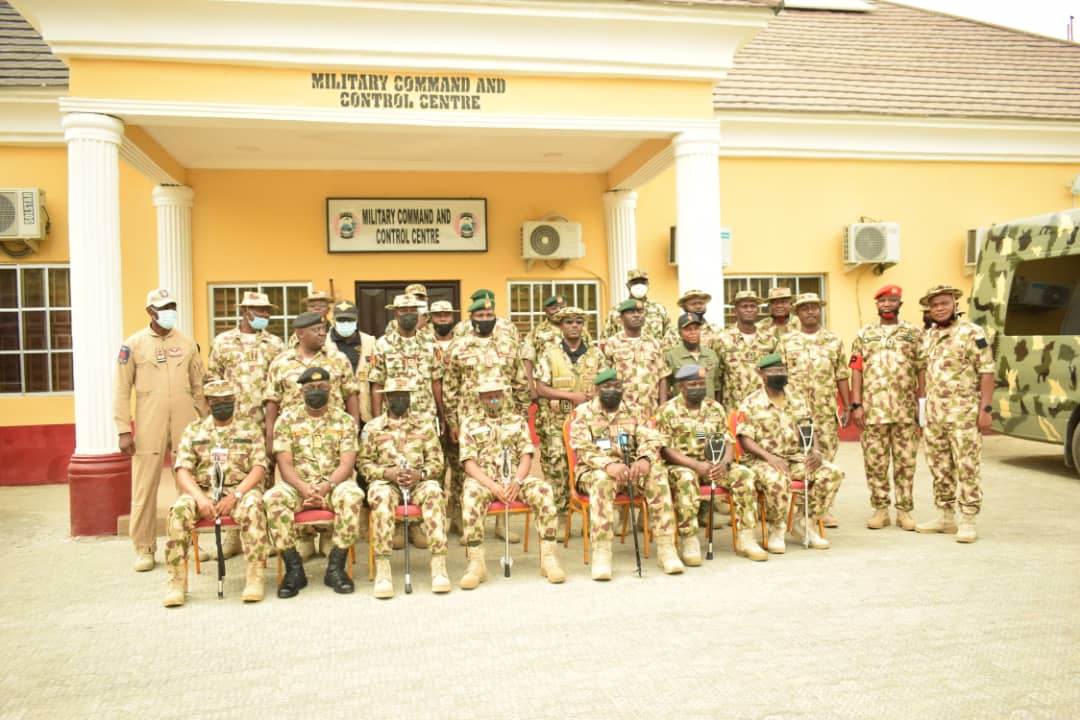