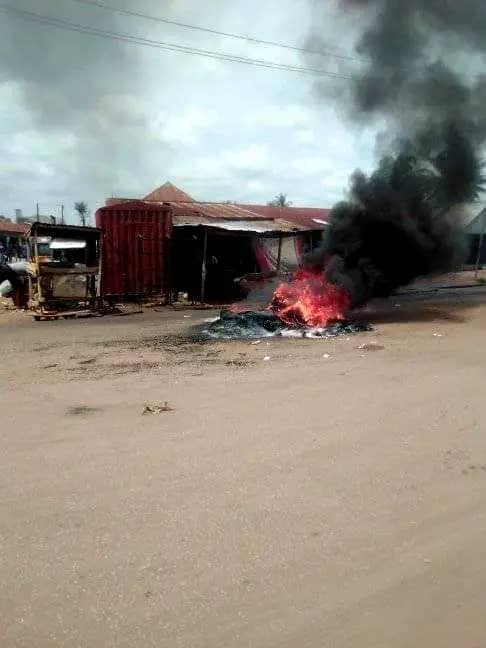 A young man who attempted to steal a motorcycle in the Wurukum market  area of Makurdi the Benue State capital was on Tuesday, apprehended and burnt to death.

An eye witness said the owner of the motorcycle had parked it and gone into the market to buy some items when the young man attempted to slot in a key and start the motorcycle.

Luck ran out on him however, as someone spotted him and alerted passersby.

The suspect tried to run but was caught and the people descended on him, metting out jungle Justice on him.

It would be recalled that this incidence is the third in which a person would be set ablaze at Wurukum in recent times.

Confirming the incident, the Police Public Relations Officer, DSP Catherine Anene said the Command condemns acts of jungle justice, as there are legal means of handling such issues.