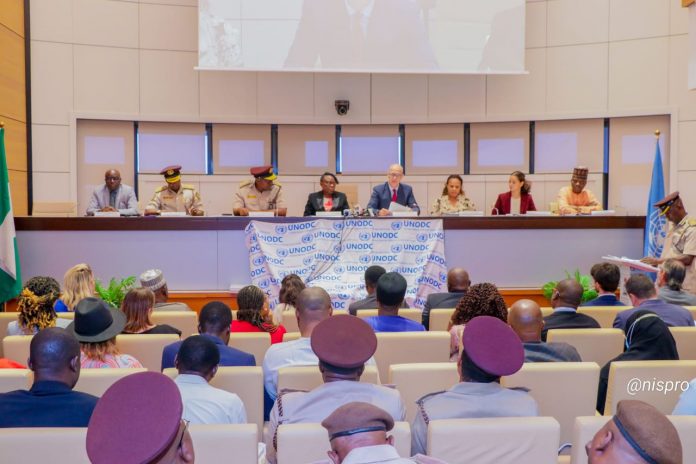 The Nigeria Immigration Service, NIS, has unveiled a document: Observatory Report On Smuggling of Migrants activities in Nigeria.

TheFact Daily gathers that the Report, prepared under the auspices of the Canadian government in a project implemented by the United Nations Office on Drugs and Crime, UNODC, gives insights into the dynamic migratory flows in and through Nigeria between 2019 and 2021.

The Report further reveals a steady decrease in cases of smuggling of migrants in the past five years.

Country Representative of UNODC, Oliver Stolpe, described the Report as quite apt, timely and insightful.

Critical stakeholders including the Internation and Ibero-American Foundation For Administration and Public Policies, FIIAPP, International Centre for Migration Policy Development, ICMPD, SURE 4 U, National Agency for the Prohibition of Trafficking In Persons, NAPTIP, Expertise France, Refugees Commissions and representatives of the Embassies of Italy, Spain, Netherlands and Denmark, among others graced the occasion.