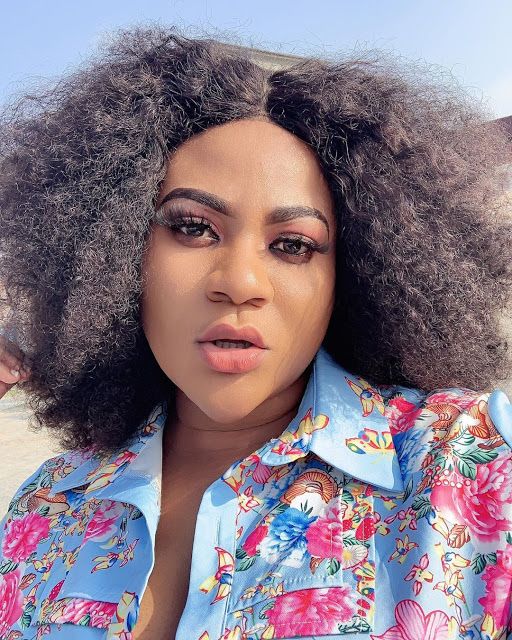 The two actresses also clashed with some TAMPAN members, such as Yomi Fabiyi, Lege Maimi, who criticized them for condemning Baba Ijesha openly.

Following their actions, the organization suspended filmmakers from working with Nkechi Blessing and Iyabo Ojo.

Reacting to this suspension, Nkechi Blessing mocked the association’s decision.

She said TAMPAN is threatening to frustrate people that can feed their entire generation till the last.

Nkechi Blessing described TAMPAN as an association of lawlessness.

She indicated that since the organization claimed that Baba Ijesha is not their member, she wonders how they can suspend her when she’s also not a member of the association.

” @olori_adefuye I feel like kissing you,respect old fools that came on national TV threatening to Frustrate people that can feed their entire generation till the last..Mtshewww

nkechiblessingsunday wrote: @thenature00000 useless association of lawlessness….They said Baba ijesha ia not their member,How am I now their member? They should provide an ID card let the world see..Usless people!! Set of bloody RAPIST! 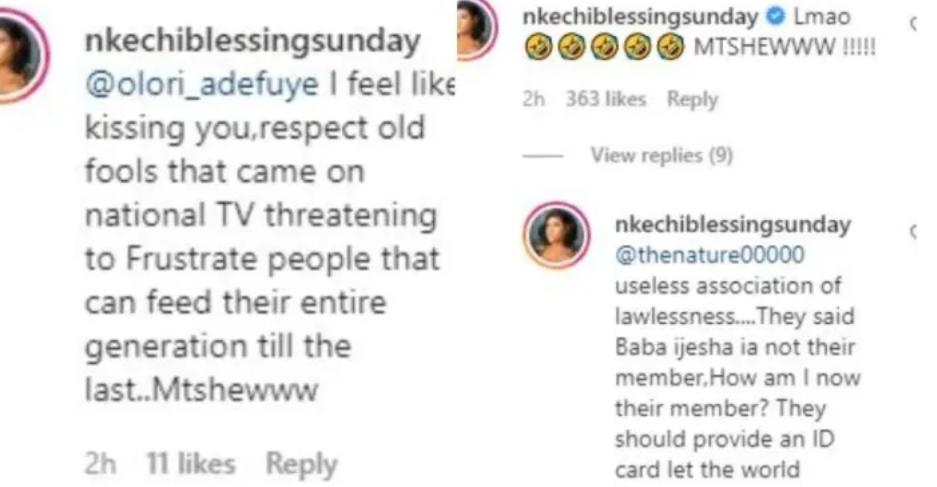